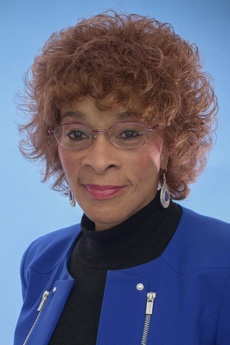 “Tracee has provided great leadership and a steady hand to our IT department during the last 11 months and I am proud to name her our new CIO,” said GPO Director Davita Vance-Cooks.  “Tracee’s IT background and knowledge of GPO will provide leadership to this critical position, as the agency continues to meet the ever-changing technology requirements of Congress, Federal agencies, and the public.

As CIO, Boxley will be responsible for managing IT policies and standards relating to the acquisition, implementation, and operation of telecommunications and IT systems throughout the agency. She is also responsible for developing and maintaining operating budgets for network IT systems consistent with program plans and established financial guidelines, and for monitoring activities and costs related to the overall utilization of information resources required to meet program operations requirements.

Boxley brings decades of Federal Government experience in working with complex information technology organizations to GPO. She came to GPO in 2006 as a Senior Customer Advocate for IT and was promoted to Deputy CIO in 2012.  She served as Acting CIO from November 2016 to October 2017.  Before coming to GPO, Boxley was Chief of the American Housing Survey Division at the Census Bureau, where her responsibilities included administering the program for the software data center for the 2000 Census.  She was Deputy CIO and Chief of the Technical Services Division at the Food Nutrition Service (FNS), where she managed a $50 million IT budget and oversaw IT operations that included IT security and responsibility for software application design.  Boxley began her IT career as Director of IT Operations for the Office of the Secretary of the Army with responsibility for maintaining three major computer operations.  She also worked with the U.S. Air Force CIO in developing a portal for employees’ personnel and career data.