The FESPA Board, National Associations and FESPA team at the General Assembly

The FESPA General Assembly met in Stresa, Italy from 6-7 September 2013.

Over 30 of FESPA’s 37 national associations were represented. The Bulgarian association (BACGP) was elected as a full FESPA member, having previously been an associate member of FESPA.

The FESPA General Assembly is an annual opportunity for the FESPA board, national associations and FESPA team to meet and update each other on each country’s activities. The meeting provides a forum to exchange ideas. This will strengthen FESPA’s offering and that of its associations, to the global printing community. 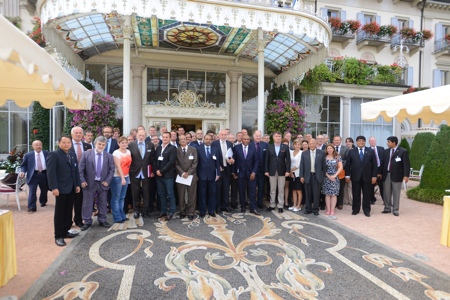