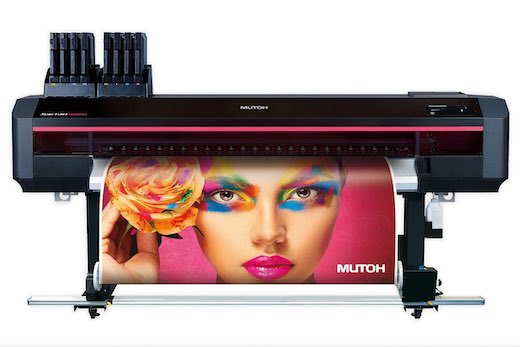 Phoenix, AZ - MUTOH America is excited to introduce the XpertJet 1682SR Pro, its latest addition to its Eco-Solvent line. As impressive as the XPJ 1682SR is, you are sure to be blown away by this new 64” printer powerhouse.

Experience uncontested print image quality at astonishing faster-than-ever print productivity with MUTOH's new dual-staggered AccuFine HD printheads. The new dual-staggered AccuFine HD printheads have the power to print up to 89% faster over the current model. Optimized by MUTOH's very own i-screen technology, print with even more confidence knowing that every print job will be smoother than before. The XPJ-1682SR Pro is powered by MUTOH’s Award-Winning VerteLith™ Genuine RIP Software, bundled with FlexiDESIGNER MUTOH Edition 21, a $2,199.00 value, for the ultimate balance of speed and quality.

Other key features of the XpertJet 1682SR Pro:

These new enhancements make the XpertJet 1682SR Pro one of the most impressive printers of its class. This Eco-Solvent printer also utilizes a new set of print effects known as i-screen, created from MUTOH’s Intelligent Interweave printing technology. The i-screen print technology optimizes the AccuFine HD, greatly reducing banding for smoother print images. MUTOH has also updated the front dryer system to a flat design improving ink drying times by up to 20%.

“The XpertJet 1682SR Pro builds upon the newly developed technologies featured in the XpertJet 1641SR Pro and cranks things up a notch,” says Tony Simmering, MUTOH Product Manager. “The introduction of dual-staggered MUTOH AccuFine HD printheads bring revolutionary speeds incomparable to anything else on the market.”

MUTOH has created the ideal printer for wraps, wall coverings, retail signage, and so much more. To learn more about MUTOH’s new XpertJet-1682SR Pro Eco-Solvent printer and award-winning line of products, visit www.mutoh.com.