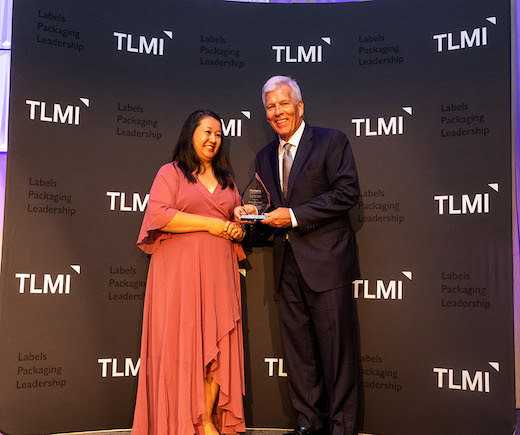 Milford, OH: At the association’s recent Annual Meeting in Naples, FL, Craig Moreland, CEO of Coast Label, was named TLMI Converter of the Year. Presented in conjunction with Packaging Impressions magazine on an annual basis, the Converter of the Year Award honors and recognizes a member of the North American package printing industry who has made an extensive contribution to the greater marketplace and who has additionally demonstrated an unwavering commitment to TLMI.

Thirty years ago, Craig Moreland made what would become one of the most profound and influential decisions of his life. In his early thirties at the time, Craig purchased Fountain Valley-based Coast Label Company by piecing together funds and borrowing a small portion of the sale price from his father while convincing the company’s owner to carry the note for the remaining majority share. It was a risk-laden leap of faith, however one that proved both prudent and extremely successful.

Over the course of the past three decades, Craig has taken Coast Label from its early days as a flatbed letterpress company to the state-of-the-art flexo and digital house it is today. A custom, specialty solutions provider, the company serves a wide range of end-use segments and engineered applications.

In 2004, Craig attended his first TLMI meeting and since that time, has been one of the association’s most influential committee chairpersons in addition to serving on the TLMI Board of Directors, including two years spent as the Chairman of the Board. Coast Label has also won five Eugene Singer Awards for Management Excellence. TLMI President, Linnea Keen, comments, “Craig Moreland’s contributions to TLMI are many. During his tenure as TLMI Membership Committee Chair, Craig led his committee to reaching unprecedented levels of new converter and supplier members. During his time as Vice Chairman and Chairman of the Board, he was influential in presiding over the retirement of the association’s President of almost two decades and played a critical role in keeping TLMI on track during what could have been an extremely tumultuous transition. Craig is a true leader in every sense of the word and it has been an honor working with him. I want to personally thank him for his many years of service and all that he has done for the association and to congratulate him on receiving this tremendous honor.”