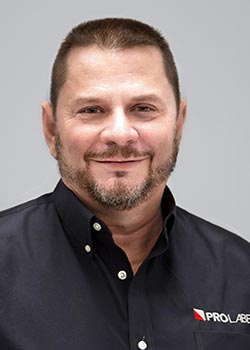 ProLabel Inc., a label manufacturer in Hialeah, FL, USA, has announced that Ramon J. Fernandez, the company’s founder and president, has died at the age of 59. Fernandez passed away on September 17, 2021 at his home in Miami, surrounded by his family, after battling brain cancer for 15 months.

Fernandez made a lasting impression on the greater label converting industry, and in particular in South Florida. In 2011, under his guidance, ProLabel became the first label converter in the region to invest and succeed with digital printing. This was just one of several milestones and accomplishments ProLabel achieved under Ramon’s guidance.

According to his wife, Maribel, Ramon took great pride and satisfaction in helping others while being a part of his customers’ success stories. She comments, “He would always say, ‘A good business deal is one where everyone comes away feeling like they’ve won.”

Ramon ran ProLabel with great respect for his people, and made sure every employee he hired would fit into the ProLabel family. “He was a problem solver, and never gave up when faced with a challenge,” Maribel says.

Ramon Fernandez was born on February 8, 1962, in Miami, FL. He and Maribel were married on July 25, 1992, and raised two sons, Ramon Jr. and Daniel. Ramon Jr. has been part of the business for the past 10 years. Ramon’s father, Sr. Sr. as he’s known, works at the family business as well. Daniel, Ramon Jr. and Maribel helped run the business and take care of Ramon during his illness, and will continue to run the company with the same values and work ethic he instilled.

ProLabel Inc. recently celebrated 26 years in business, and for a quarter century has been an integral part of the labels and packaging industry in South Florida.

A devoted father, husband, brother and businessman, Ramon loved traveling, football, music and cookouts at home. He will be deeply missed by his family, friends and all who knew him.