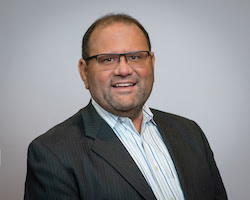 Carrollton, Tex. – Propelled Brands™ has appointed Jim Howe as the Brand President of NerdsToGo®, a total solution provider for computer and IT services provided by franchisees who locally own and operate locations across the US. NerdsToGo acts as the IT department for small to medium sized businesses and individual residential customers. With the sector’s long-term growth and viability combined with the best-in-class franchising experience, Propelled Brands acquired NerdsToGo in 2020 with the goal of growing profitability for existing franchisees and dramatically increasing the number of franchisees.

Jim Howe brings over 30 years experience in franchising, both as a franchisee and a franchisor. For the past 11 years, Jim has been part of the FASTSIGNS International team, beginning his career as a Business Consultant in January, 2011. He was promoted to Director of Education in January 2012; in July of 2012, he was promoted to Director of Education, Sales Development and New Center Support. In September of 2013, Jim was named Vice President of Franchise Support. In that role, he has led the Franchise Support, Sales Development, Training and New Center Opening Support departments, as well as planning for all company events. He has also held his CFE (Certified Franchise Executive) designation for over 5 years.

Howe’s prior franchisor experience was with The Coffee Beanery for 9 years and the retailer Wicks and Sticks for 5 years. Jim was a Hallmark franchisee for 7 years, and he and his wife are currently franchisees of Woof Gang Bakery & Grooming; his wife Shelley operates the Woof Gang franchise.

“We are proud of Jim Howe and all he has accomplished in his time here at FASTSIGNS International, Inc., and we look forward to all of the incredible growth he will achieve with the NerdsToGo brand,” said Catherine Monson, CEO at Propelled Brands and Chair of the International Franchise Association. “We believe strongly in the ongoing need for small to mid-sized businesses and consumers to have IT and technology support. As our world continues to shift in the way people live and work, we know that this need will only expand. We are thrilled to have Jim at the helm.”

Howe is truly passionate about and understands franchising; the importance of effective systems; possesses a deep focus on franchisee profitability; and works to build strong relationships with franchisees through open, two-way communication. He believes in delivering well-thought-out programs to help the network grow its profitable sales. In addition, Jim has facilitated Roundtables at the International Franchise Association’s Annual Convention for multiple years, including a Business Solution Roundtable in 2020, as well as having facilitated a group of Emerging Franchisors during a special session for Emerging Franchisors on setting up best practices. Jim Howe was also active on the 2021 Convention Committee.

“I am very appreciative to the Propelled Brands Executive team for their confidence in me. And I’m thankful to the founder of NerdsToGo, David Colella, for his vision and passion for a brand we have all come to love,” said Jim Howe. “We are thrilled to take what he has begun and transform NerdsToGo into a true leader in the IT Service industry.”

About NerdsToGo
NerdsToGo, Inc. launched its original location in Guilford, CT in 2003 and quickly became the emerging leader in providing computer and technology-based services to both the small and medium-sized business market and the residential market. NerdsToGo began franchising in 2017 and quickly grew to 25 independently owned franchise locations in 16 states. In 2020, Fastsigns Holdings Inc. acquired GTN CAPITAL GROUP, LLC, the parent company of NerdsToGo.

In 2021, Propelled Brands was formed, the corporate umbrella that includes FASTSIGNS®, SIGNWAVE® in Australia where FASTSIGNS centers operate under the SIGNWAVE brand, NerdsToGo®, an emerging IT services franchise brand acquired in September 2020, and Suite Management Franchising, LLC, the parent company of MY SALON Suite and Salon Plaza in June 2021. With a focus on business-to-business franchises and the people behind those businesses, Propelled Brands will help each franchise confidently navigate forward based on their unique position, momentum and purpose.

NerdsToGo locations provide the total solution in computer and technology support to customers, and the company’s signature service is delivered by sending a Nerd onsite to customer locations in a well-branded, eye-catching Nerd Van. Customers can also receive service through remote support or by visiting a local NerdsToGo service center. NerdsToGo acts as the IT department for small to medium sized businesses by helping to design, implement and support IT networks, provide data backup & continuity services, cybersecurity solutions, cloud services, remote support, vendor management services and overall routine maintenance.