The Ottoman Archives in Istanbul are a collection of historical sources related to the Ottoman Empire and among the largest archives in the world. They cover a total of 39 nations whose territories were at one time part of the Ottoman Empire. The archives contain a vast collection of unique documents pertaining to the administration of one of history’s largest empires. After more than a century in the center of the old city, the Ottoman archives were relocated in 2013 to the Ka??thane district of Istanbul. They also hold the central State Archives of Turkey.

Preserving history in the Ottoman Archives in Ka??thane
with Bookeye 4 V1A book scanners from Image Access
For the digitization of the enormous number of documents – some of which are from as early as the 16th Century – the archivists in Istanbul use Bookeye scanners. In a huge installation of Bookeye 4 V1A® scanners, already more than 30 millions of those historic, fragile and unique documents have been digitized.

Image Access looks forward to supporting this ongoing historic project together with our partner in Turkey Limeks Teknoloji. 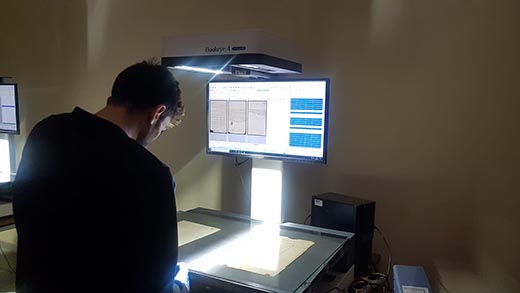