Consumers with a thirst for new experiences will soon engage with their favourite beers, ciders, and soft drinks, by simply scanning any can or bottle with their smartphone.
The technology, which is geared for widespread adoption, uses a smartphone’s camera to recognise packaging, and augmented reality to project content virtually from the packaging.

Overcoming the need for QR codes

For beverage manufacturers, this exciting opportunity means that every bottle, can, or package is a potential connection point with consumers, without the need for QR codes, or special package printing.

Third Aurora, the Australian tech start-up behind the technology, today announced that a platform for the beverage market would launch in January 2021, following the successful launch of Winerytale, a similar concept created specifically for the wine industry

The clever concept, which will launch in early 2021, offers manufacturers an unprecedented opportunity to engage customers right from the product, and to deliver content, updated in real-time. 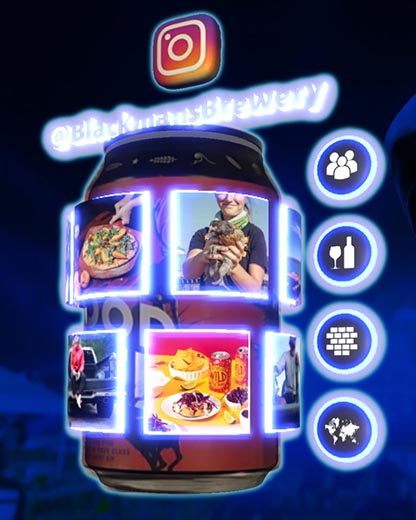 “Making technology accessible is our aim. It’s a ready-to-go system that’s built for scale – a producer can add their product, almost instantly.”

“With this platform, it’s as easy for Coca-Cola to add augmented reality to the billion cans they have in circulation, as it is for the small craft-brewery down the lane.”

“It doesn’t rely on QR codes, the App recognizes the shape and printing already on the can or bottle, and then brings the display to life. That’s critical, because it means there’s no need for any new packaging – it’s setup to work with the product already on the shelf.”

“With this platform, it’s as easy for Coca-Cola to add augmented reality to the billion cans they have in circulation, as it is for the small craft-brewery down the lane.” —Dave Chaffey, Managing Director, Third Aurora

A new place to engage consumers, at the product

Powered by a browser-based platform

Surge of interest from industry

The company has called for expressions of interest from the beverage industry, and according to Chaffey, there has been strong interest.

“Yes, absolutely, we’ve been contacted by breweries from across the globe, as well as soft drink and energy drinks, and even a few smaller producers in the specialised areas of ciders and craft-beers.”

“There’s a lot of buzz, from what we’ve delivered for wine,” says Chaffey – referring to Winerytale, a similar concept released for the wine industry this year. “That’s really captured people’s imagination – there’s a lot you can do with this technology.”

Chaffey said that interested parties from beverage industry are strongly encouraged to register now for early access to the product, which will commence field testing shortly.