Milford, Ohio – At the association’s recent Converter Meeting in Austin, Texas, TLMI announced the winners of the Eugene Singer Award for Management Excellence. One of the North American narrow web industry’s most prestigious and highest honors, the Singer Award recognizes excellence in business management measured and defined by an established set of growth and profitability ratios through participation in the TLMI Management Ratio Study.

TLMI member converters throughout the United States and Canada participate in the Ratio Study, however only four companies are awarded the Eugene Singer honor each year. This year, the awards were given to the following companies:

TLMI President, Dan Muenzer, comments, “Winning a Eugene Singer Award is no small feat and I want to personally congratulate all of this year’s winners. The opportunity to participate in the TLMI Ratio Study is one of the most important benefits the association offers to its converter members. Time and time again our converter members tell us how much participation helps their companies and allows them to make smarter strategic decisions. For those few converter members who don’t participate, I strongly urge you to do so. No other industry association offers this type of an extensive peer-to-peer ratio benchmarking resource and the study remains an example of how TLMI continues to be unwaveringly dedicated to its members.” 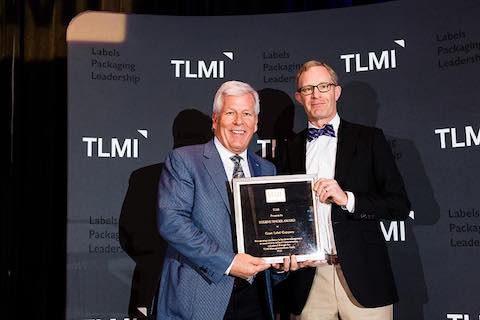