According to the latest edition of County Business Patterns, in 2017 there were 5,187 establishments in NAICS 323113 (Commercial Screen Printing). This represents an increase of +16% since the decade began.

At this time, as we are being bombarded with bad economic data (viz. yesterday's initial unemployment claims) and anticipating dire industry data, this week we present the data equivalent of pictures of puppies: a segment of the industry showing a growing number of printing establishments. 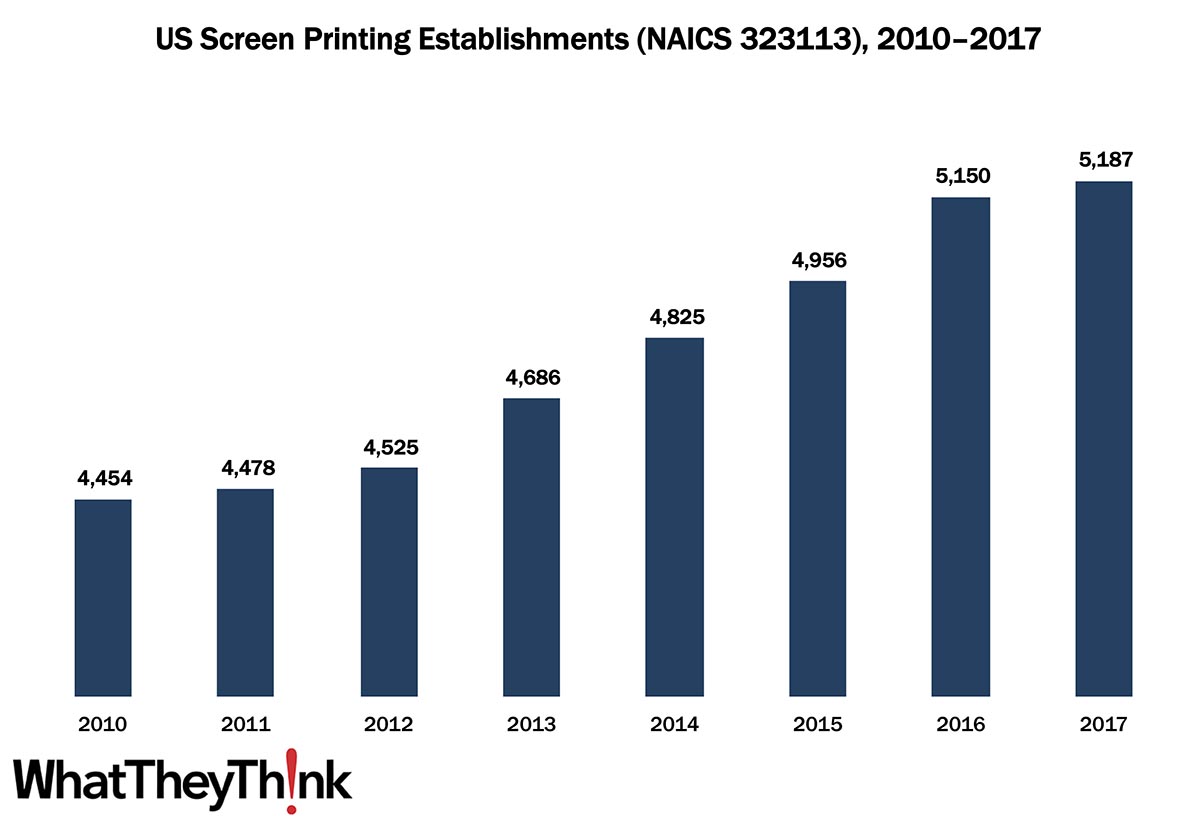 This is thanks to the rise of specialty printing. Screen is commonly used to print on textiles (T-shirts being the emblematic example), and these kinds of items really started to take off in the past decade. Couple this with the rise of short-run and digital technologies that can complement screen, and as demand for specialty items has increased, establishments have grown to take advantage of this hot print application area. It’s very common to find hybrid screen/digital shops, and even hybrid screen/digital workflows for the same products—kind of like the “digital printing on offset shells” approach that used to be very popular (and still exists to a large extent) among commercial printers. And let’s also not forget the growth of industrial printing, in which screen and pad printing also play a very large role.