With a total price of more than € 14 million, the Elcograf print shop in Verona has ordered two Suprasetter CtP platesetters, various postpress systems and four Speedmaster XL series printing presses with the innovative Push to Stop concept. All the systems will be installed by September 2018. The four new printing presses replace eight existing machines. 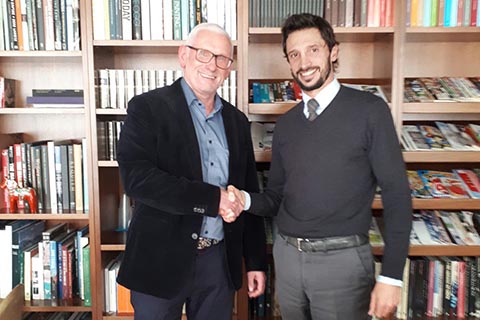 “The high level of performance and technology of the machines from Heidelberg and the entire solution including consumables and service from a single source were the key reasons why we placed this order,” explained Silvio Peroni, Head of Purchasing, Logistics & Industrial Planning at Elcograf. “We are particularly impressed by the Push to Stop concept that enables the machines to work through the jobs automatically. We expect this to boost productivity even more.”

The Elcograf printing company was formerly a part of the Mondadori publishing group and now belongs to the Pozzoni group of companies. With more than 900 employees and six sites, Elcograf is the market leader in Italy and one of the largest print shops in Europe. It produces books, magazines, catalogs and brochures for the European market on webfed presses and sheetfed offset presses. Its customers include a number of renowned publishers and industrial customers. In the fall of 2017, Elcograf received the esteemed Tulip Award that IKEA gives for sustainable printing.