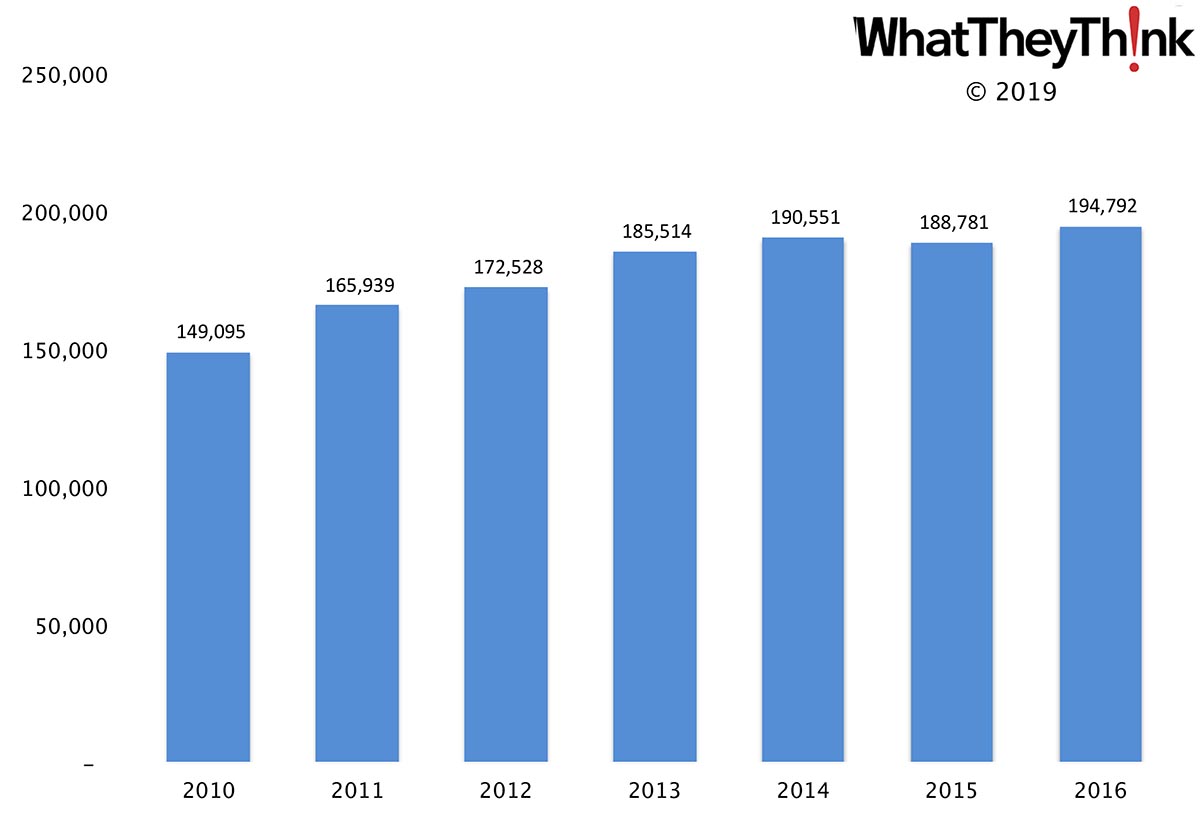 In our ongoing, semi-weekly look at establishment and employee counts of graphic arts businesses, we have been focusing on print-/media-buying establishments. Back in March, we saw that, in 2016 (the most recent year for which we have data), there were 13,380 establishments in NAICS 54181 (Advertising Agencies).

This week, we look at the historical employee counts in NAICS 54181, and note that employment in advertising agencies has increased +31% from 2010 to 2016. However, most of that growth came in the early years of the decade; from 2010 to 2013, employment grew +24%, while from 2013 to 2016 it only grew +5%. A lot if that early growth was likely the recovery from the Great Recession, as advertising and marketing efforts started to pick up again. What may be reflected in the slower growth in the latter half of that time period is that a lot of advertising and marketing functions switched from traditional agencies to PR agencies, especially as social media became a dominant marketing channel. (Spoiler alert: this will be borne out in two weeks when we look at employee growth in PR agencies during this period.) As we have noted often in the past, PR is where a lot of the employment action is.

54181 establishments also comprise a fair number of freelancers and independent contractors, who are not included in these figures—gleaned from County Business Patterns—but rather are tracked in Non-Employer Statistics, which we will look at in a later installment of this series.

NAICS 5418 is divided into the following sub-categories: