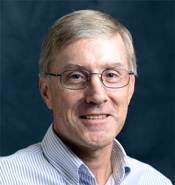 “We sincerely thank Sandy for her many years of dedication and service to Appleton Coated and the group,” commented Sequana’s chairman and chief executive officer, Pascal Lebard.

“I have great confidence in Doug and the team and am very optimistic for the future of the company,” commented Van Ert. Osterberg has worked extensively throughout the company’s operations and with customers throughout his 34 years with the company. Doug was instrumental in the company’s launch of its coated freesheet business in 1995, and has more recently led the company’s successful transition into several new product areas including coated inkjet papers. Osterberg graduated with a B.S. in forest products from the University of Minnesota and an M.B.A. from the University of Wisconsin-Oshkosh. Osterberg stated, “I appreciate all that Sandy has accomplished during her tenure including advancing the recently announced cost restructuring project. We are positioning Appleton Coated to better serve its customers in the future, and I am excited to be leading the company forward.”