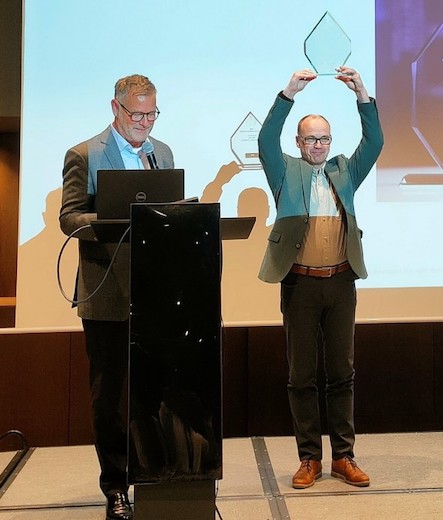 This award provides peer and industry recognition to an individual who has demonstrated singular dedication, service, and leadership through their efforts to drive growth, innovation, and continuing success for the release liner industry.

“The contribution of Petri which started well before he founded his current business, Cycle4Green, has affected and influenced the release liner industry, and for sure will affect and influence it for a long time to come. He has played a significant role over the years in helping in shaping a sustainable industry and has demonstrated for decades - singular dedication, service, and leadership through his efforts to drive continued sustainability and success. Petri’s contribution and influence on the release liner and pressure-sensitive industry, and his effect on so many companies across the value chain, has helped in part, make the industry what it is today.”

At a special AWA Global Release Liner Industry Conference & Exhibition Dinner, sponsored by Mondi, the award was given and acknowledgment and recognition by a packed room of key players across the value chain was provided with a standing ovation.