The latest edition of County Business Patterns is out, which updates number of establishments and other data to 2017. In that year, there were 500 establishments in NAICS 323117 (Book Printing). The majority of these establishments (63%) had fewer than 10 employees. 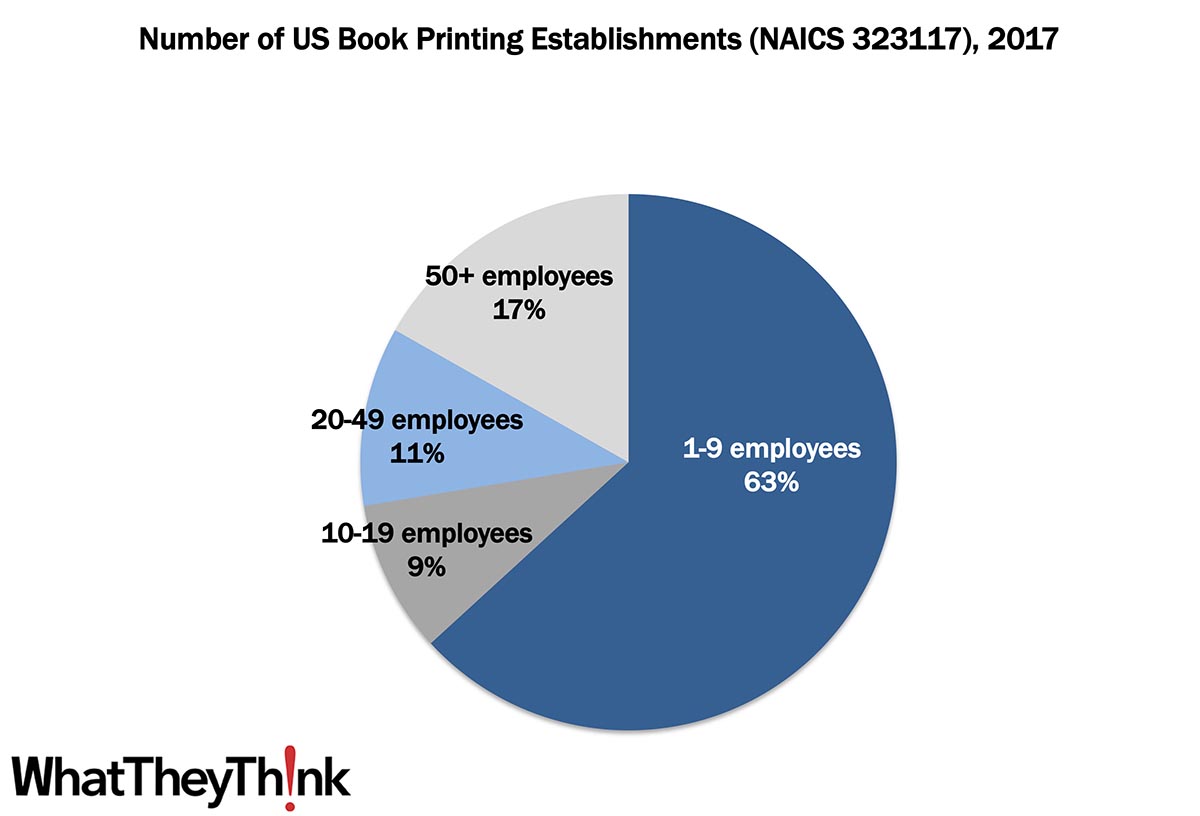 Last November, the latest edition of the Census Bureau’s County Business Patterns was released, which provides establishment counts and other data up to 2017. In January, we began updating our data series starting with 323 (Printing and Related Support Activities).