The latest edition of County Business Patterns is out, which updates number of establishments and other data to 2017. In that year, there were 5,186 establishments in NAICS 323113 (Commercial Screen Printing). The majority of these establishments (74%) had fewer than 10 employees. 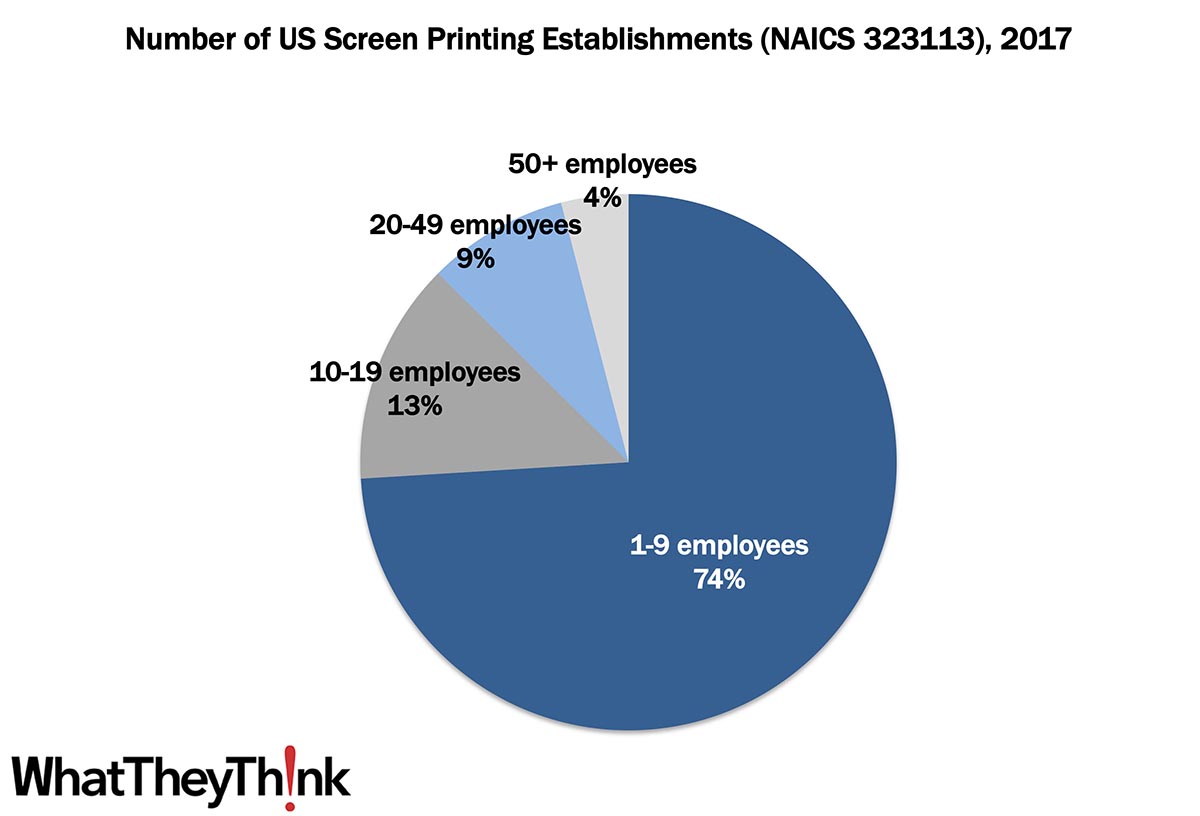 Last November, the latest edition of the Census Bureau’s County Business Patterns was released, which provides establishment counts and other data up to 2017. Two weeks ago, we began updating our data series starting with 323 (Printing and Related Support Activities).

This week, we look at screen printing establishments (NAICS 323113), and in 2017  there were 5,186 total U.S. screen printers. Just about three-fourths of these establishments (74%) had fewer than 10 employees (and more than one-half—52%—had fewer than five. Screen printers tend to be smaller than other kinds of printing establishments—even smaller than commercial printers in general—as they don’t need the binding and finishing options that, say, book printers do. A number of screen printers are also adopting digital printing capabilities to handle the usual digital printing hot points (smaller runs, personalization, customization) as well as to take on other kinds of print work.