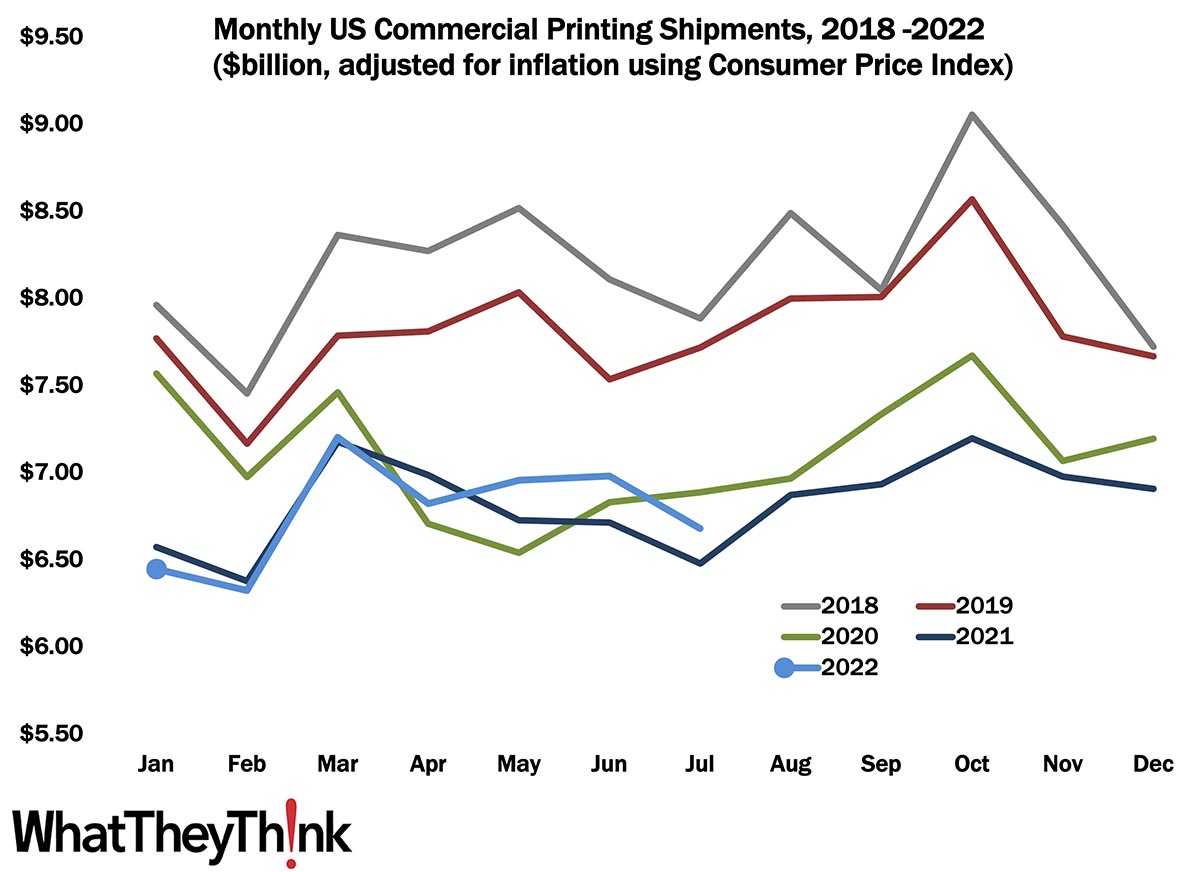 July 2022 shipments came in at $6.68 billion, down from May’s $6.98 billion. Shipments in June and July traditionally decline as business slows over the summer.

On the macroeconomic front, most indicators have been encouraging. Inflation is still elevated, but it hasn’t been increasing substantially. Retail sales data came out yesterday and have been essentially flat for most of the year, suggesting that people are not abundantly concerned about inflation, but still not spending profligately. Shipments traditionally pick up in August, so we don’t see any potential danger on the horizon.