According to the latest, recently released edition of County Business Patterns, in 2020 there were 16,283 establishments in NAICS 323111 (Commercial Printing except Screen and Books). This represents a decline of 26% since 2010. In macro news, inflation is flat! 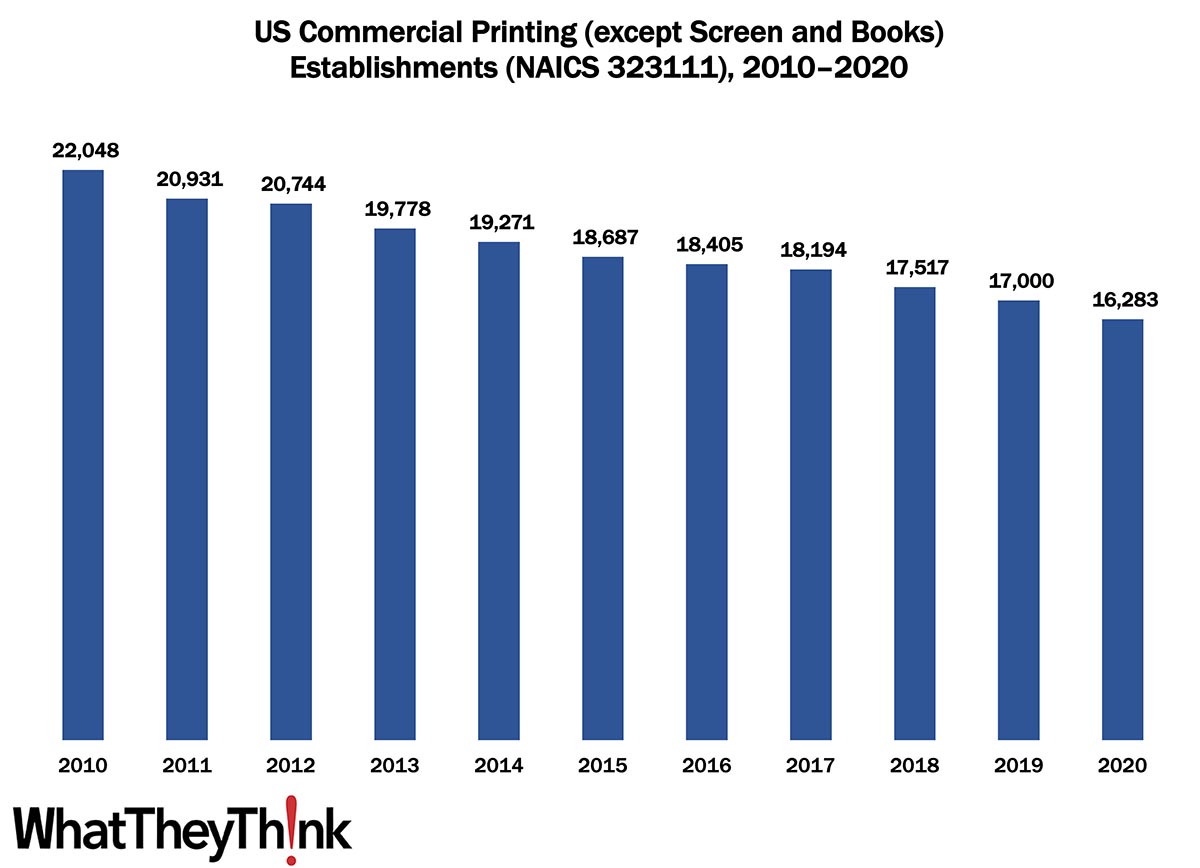 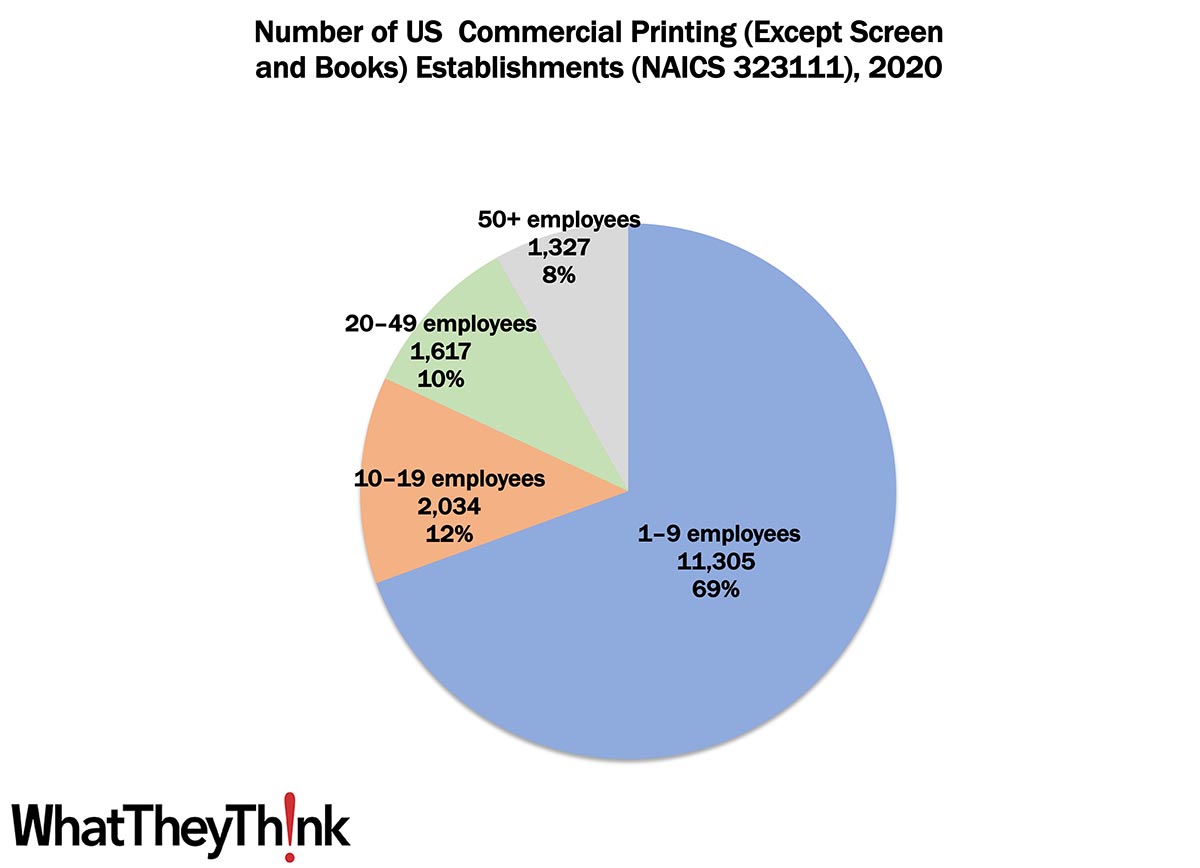 Said the Bureau of Labor Statistics on Wednesday:

The Consumer Price Index for All Urban Consumers (CPI-U) was unchanged in July on a seasonally adjusted basis after rising 1.3 percent in June, the U.S. Bureau of Labor Statistics reported today. Over the last 12 months, the all items index increased 8.5 percent before seasonal adjustment.

The index for all items less food and energy rose 0.3 percent in July, a smaller increase than in April, May, or June. The indexes for shelter, medical care, motor vehicle insurance, household furnishings and operations, new vehicles, and recreation were among those that increased over the month. There were some indexes that declined in July, including those for airline fares, used cars and trucks, communication, and apparel.

You likely have noticed that gas prices have been steadily declining for the past few weeks (yesterday’s New York Times had the headline, “Gas Prices in the U.S. Fall Below $4 a Gallon”). Perhaps the most conspicuous lingering inflationary category is food (up 10.9% over the last year).

One month does not a trend make, of course, but given the current state of the economy as a whole (very good), it would not be out of line to see some light at the end of the inflationary tunnel. And, yes, a 0% change in inflation at this point is still fairly high inflation, it still suggests we may be close to being out of the woods (or tunnel—choose your metaphor).

And then, yesterday, the BLS announced that the Producer Price Index (PPI) plummeted in July.

The Producer Price Index for final demand fell 0.5 percent in July, seasonally adjusted, the U.S. Bureau of Labor Statistics reported today. This decline followed advances of 1.0 percent in June and 0.8 percent in May. (See table A.) On an unadjusted basis, final demand prices moved up 9.8 percent for the 12 months ended in July.

At the same time, core PPI (sans food and energy) rose 0.2% from June and 7.6% from a year earlier. Said Bloomberg:

The figures suggest some pipeline inflationary pressures are beginning to ease, which could ultimately temper the pace of consumer price growth in coming months. Commodity prices, including oil, have dropped sharply in recent months, and there are indications that supply-chain conditions are improving.