January 2022 shipments came in at $6.64 billion, down from December’s $7.09 billion. We’re starting the year better than we did 2021 and reverting back to our normal seasonality trends. 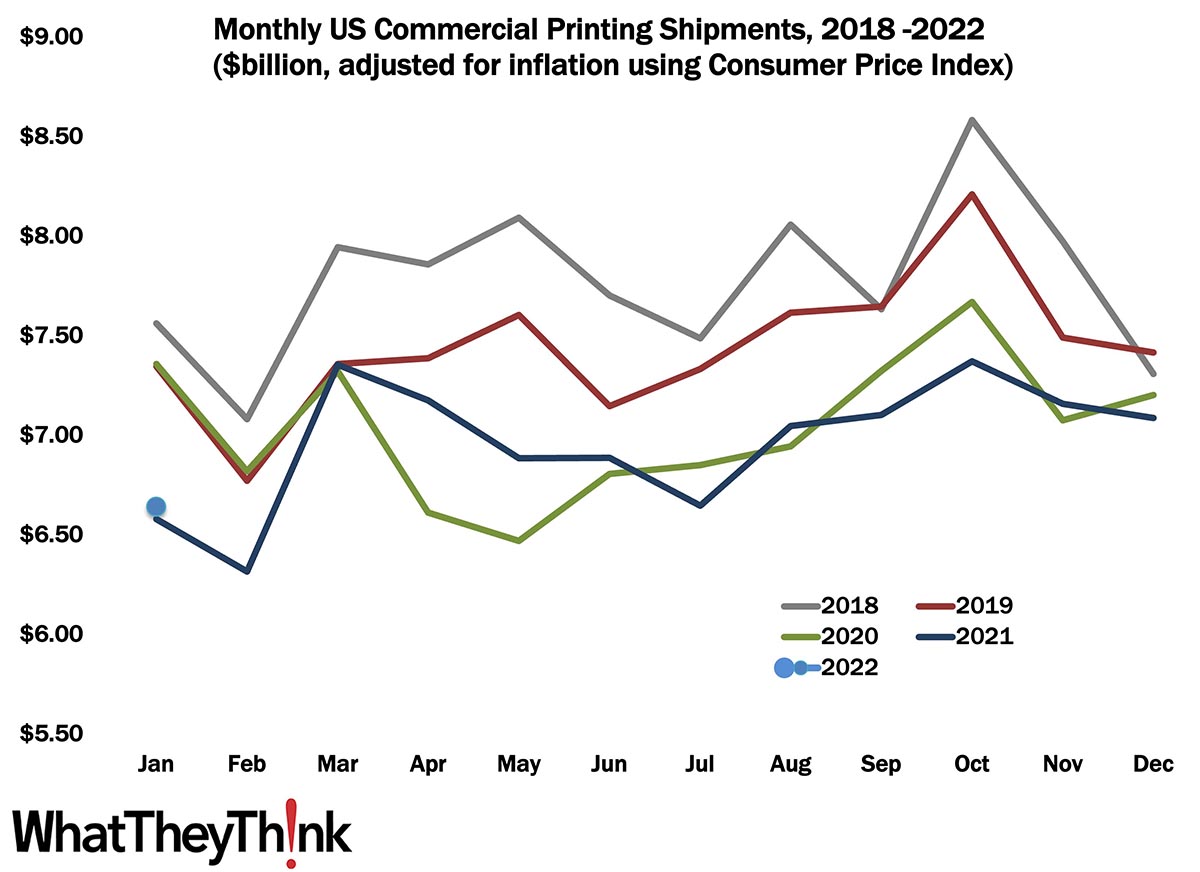 January 2022 shipments came in at $6.64 billion, down from December’s $7.09 billion. Still, we’re starting the year better than we did 2021—although not by a lot—and January shipments are almost always a drop from December.

January’s number also reflects the tail end of the omicron surge that dominated December, and the months since have seen the virus ebb substantially, with businesses and individuals getting back to something akin to normal. Whether that’s wise—especially now that there are new surges underway in Europe, as well as in China, South Korea, and Hong Kong—remains to be seen. In our Printing Outlook 2022 report, we are expecting 2022 to return to the trend that started in 2019 before the interruption that was 2020. However, another major virus surge could derail whatever upward trajectory the industry—and the economy as a whole—have been on.