Shipments: An Evening Out

May 2021 printing shipments came in at $6.59 billion, a slight downturn from April’s $6.87 billion, and the second consecutive month of decline, but is consistent with the pattern we have been tracking over the past five years. 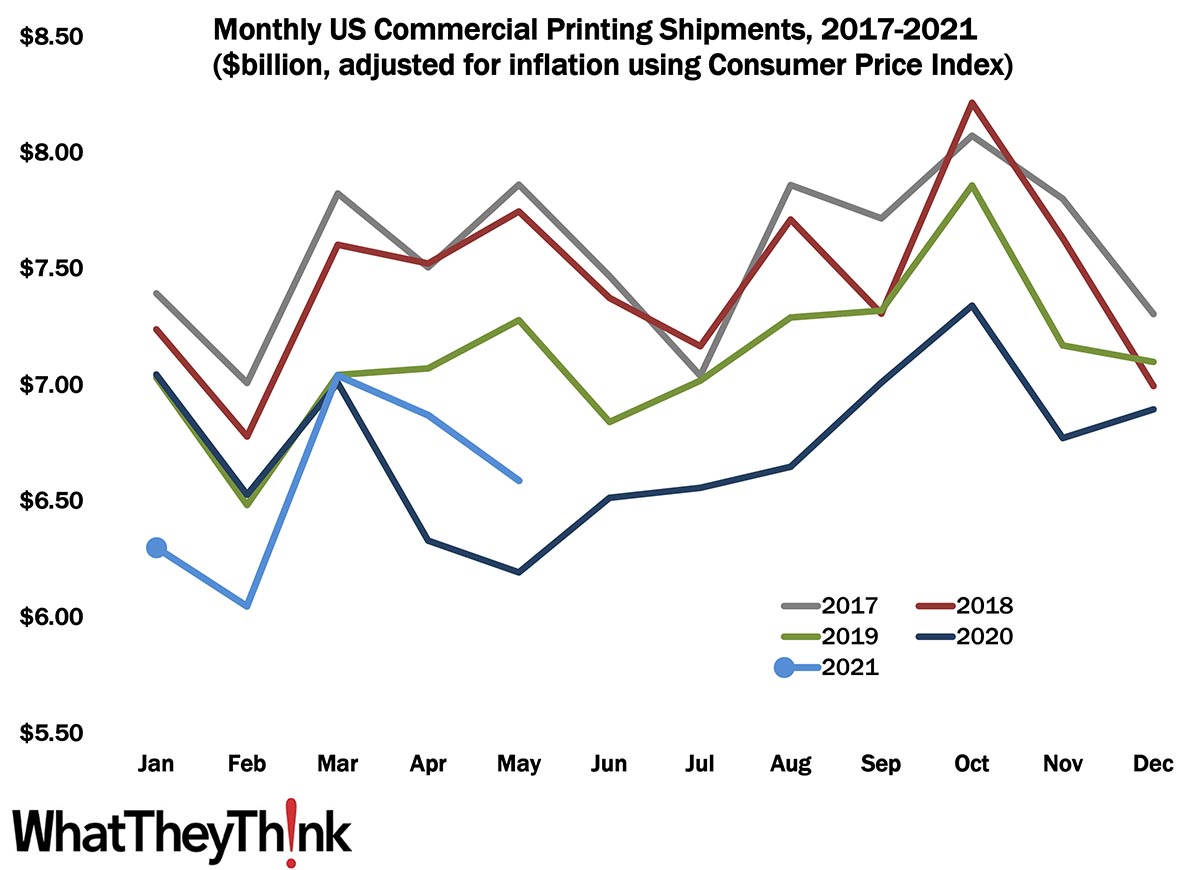 Proving once again that we are in an economic recovery unlike any other, May 2021 printing shipments came in at $6.59 billion, down from April’s $6.87 billion, and the second consecutive month of declining shipments. This is the opposite of what we usually see in May—in three of the last four years (and three of the last three years that didn’t include 2020), shipments rose. This is likely an “evening out” (that is, making things more even, not a soirée…) or compensating for the big rebound in March, when businesses started opening up again, releasing a lot of pent-up demand for print. We suspect we have a few more months of corrections to go before things stabilize. May was still fairly early in the reopening process, and with events (and concerts! And in-person sporting events!) scheduled for the fall, we’re looking at—God willing and the COVID don’t rise—things maybe getting back to normal in September or October. Other macroeconomic data have been erratic, as well, so it’s hard to paint an accurate month-to-month picture of what’s happening.

Still, everything is still tentative right now, with the Delta variant surging in parts of the country and infections on the rise in various hotspots. We’re not out of the woods yet.