According to County Business Patterns, in 2010, there were 10,258 employees in NAICS 511191 (Greeting Card Publishers). Over the course of the decade, employment has been up and down, reaching 13,690 in 2018. In sort of macro news, Las Vegas tourism traffic rose substantially in May 2021, as conventions were poised to reopen. 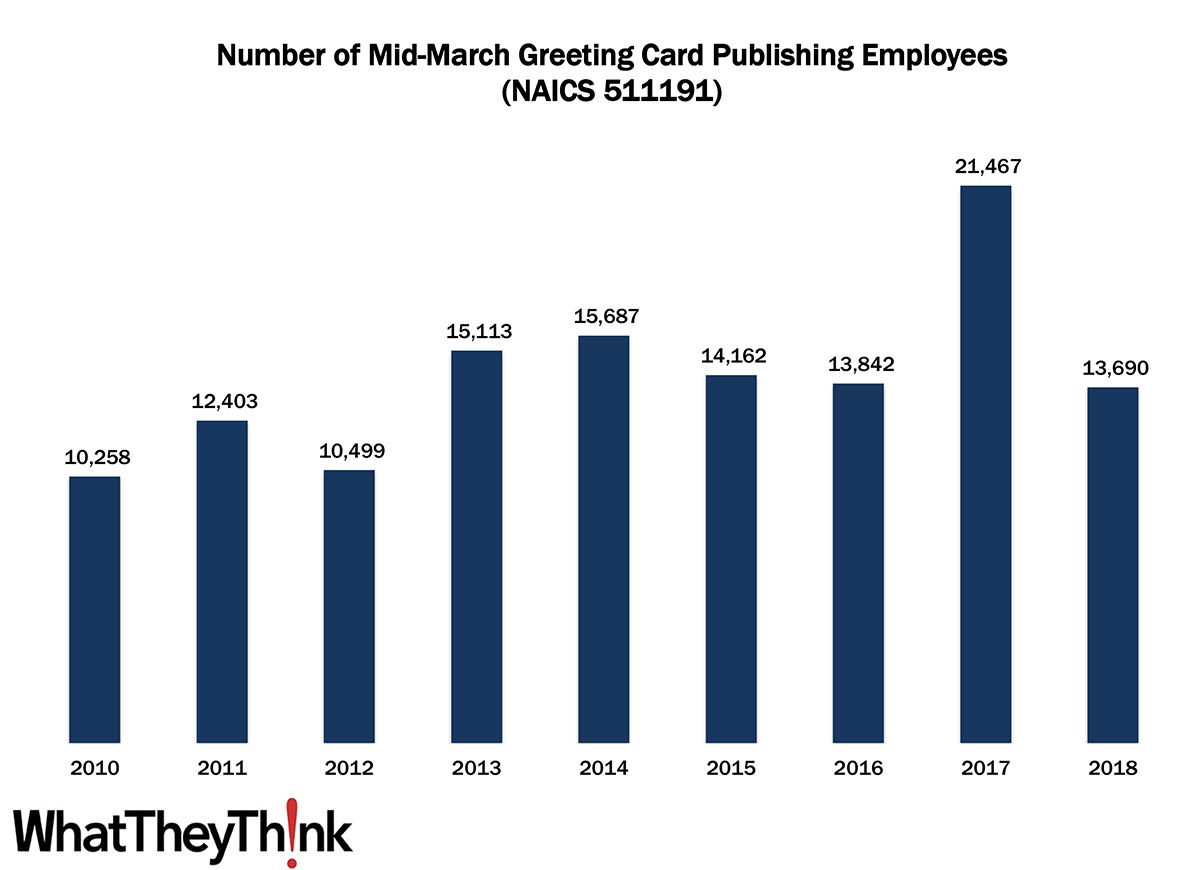 In 2010, there were 10,258 employees working in Greeting Card Publishing (NAICS 511191) establishments, a number which has been up and down over the course of the decade. There was an anomalous peak in 2017 of 21,467, but declined again the following year to 13,690. It’s perhaps easy to think of greeting cards as fairly quaint in this age social media (aren’t we more likely to get a happy birthday message on Facebook than a printed card?), but printed greeting cards are still big business. Says the Greeting Card Association:

And, to our point here, “Hundreds of new card companies are launched each year, with Millennial ‘Makers’ forming most new card companies.” Digital technologies have made greeting card design and production easier than ever, and we have even run into a few artisans who have even picked up a letterpress press and started a boutique card production facility in a garage. These numbers obviously don’t include the pandemic year, but printed mail and greetings cards were ways that people stayed connected during lockdown. So it will be interesting to see those demographics in a few years.

These counts are based on data from the Census Bureau’s County Business Patterns. Every other week, we update these data series with the latest figures. These counts are broken down by printing business classification (based on NAICS, the North American Industrial Classification System). We have one more publishing category to go before we turn to packagers and converters:

Well maybe not entirely macro. Anyway, as we started thinking about and planning for the fall trade events, we came across, via Calculated Risk, some interesting data: Las Vegas visitor traffic. From the Las Vegas Visitor Authority:

The upward trajectory of tourism indicators continued in May as the destination welcomed nearly 2.9M visitors, + 11.8% MoM and down roughly -22% vs. May 2019.

More signs that we are slowly but surely getting back to normal.