Portugal has one of the smaller print industries in Europe, although it’s a quite lively one. There is no doubt that the COVID-19 pandemic did impact the printing industry (like other industry sectors) heavily. Still, it is difficult to quantify the impact as the most recent revenue data Eurostat publishes still dates only from 2018. As a more timely series, Eurostat publishes a production index for printing and recorded media, which gives an indication on how production volumes developed, based on 2015 averages. The most recent data point for Portugal dates from February 2021.

During the height of the COVID -19 crisis in April 2020, the production volume index for Portugal dropped by 32% compared to the 2015 production average. As pre-pandemic volumes were at about the same level as in 2015, this represents the total COVID -19 decline as well. Despite the steep drop, Portugal was faring noticeably better than neighboring Spain. The decline in April and May happened at an extent similar to the EU average. In contrast, the EU output reached its low already in April, while Portugal had the lowest point in May.

The steep drop led to a quick recovery until August, with a strong rebound effect in August. Output slowed, reaching pre-pandemic levels in September and October. The numbers started to slide slightly even before the second round of lockdowns kicked in (based on seasonally adjusted data). Even at height of the second wave numbers held up reasonably well, the production index fell 4% below the pre- COVID -19 values—which is much better than most other European recovery numbers.

Taking into account the decline and recovery the 2020 print industry production is down by about 8% compared to 2019. Assuming a slight increase in prices the revenue decline for 2020 over 2019 could be in the 6% to 7% range. 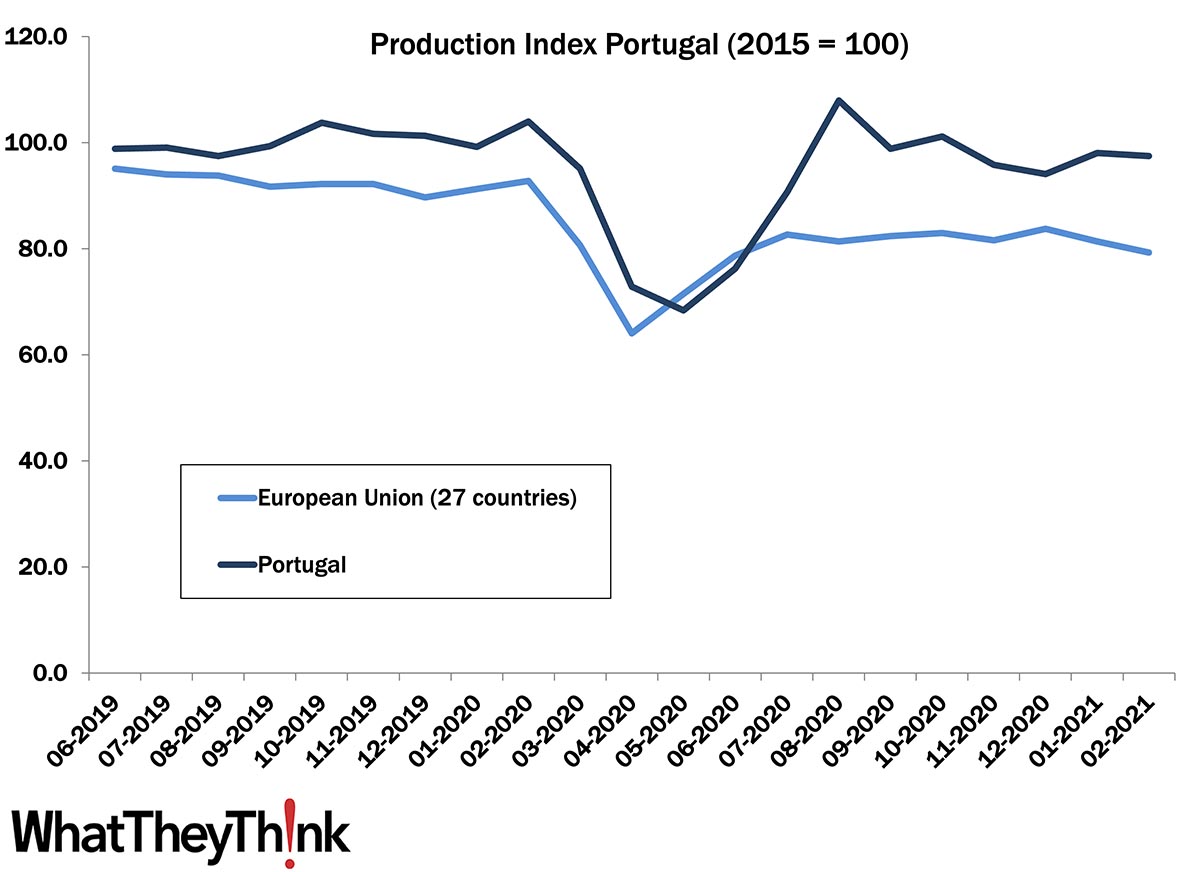 Printing industry revenues for Portugal dropped from €1.2 billion in 2009 in the aftermath of the euro crisis to a low point of €944 million in 2012. Numbers inched up slightly since, with 2017 ending up slightly above the €1 billion mark. 2019 should have brought some increase, but Eurostat has not published the data yet. 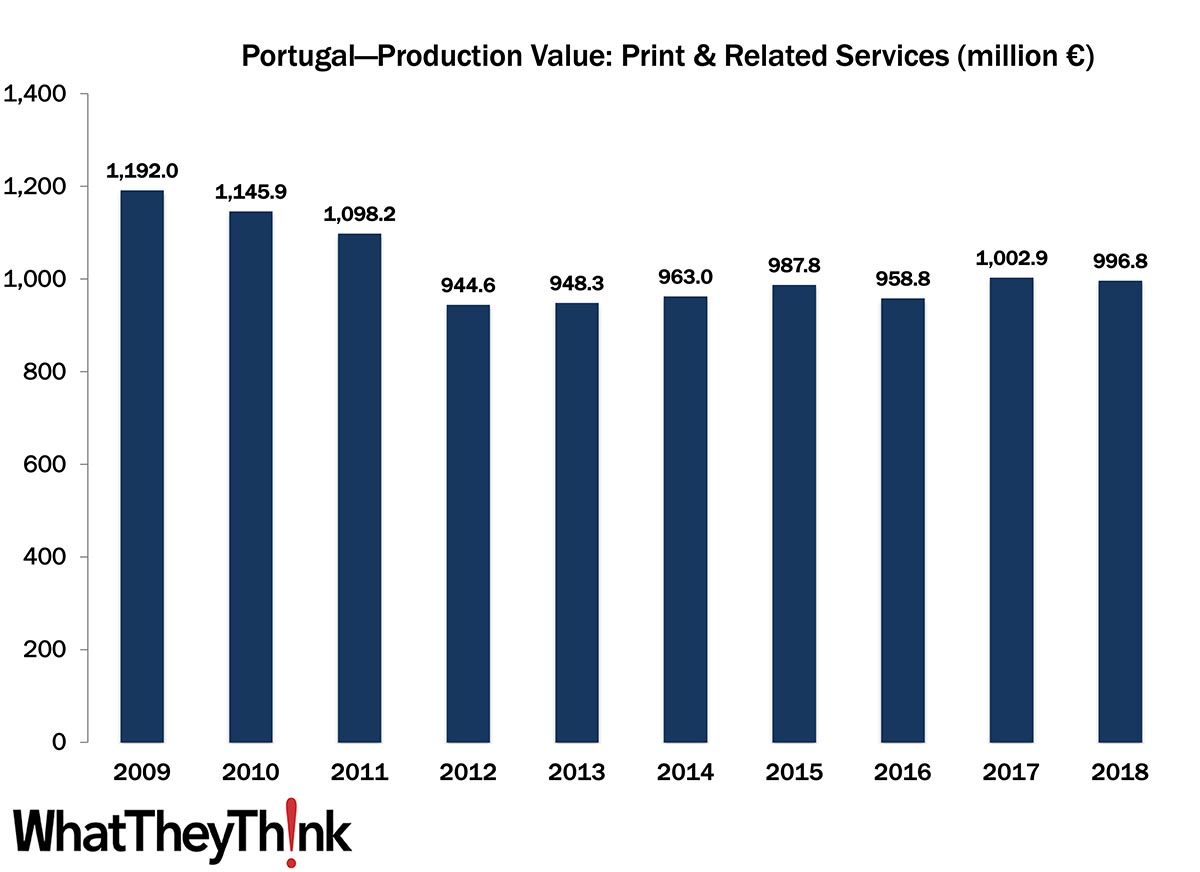