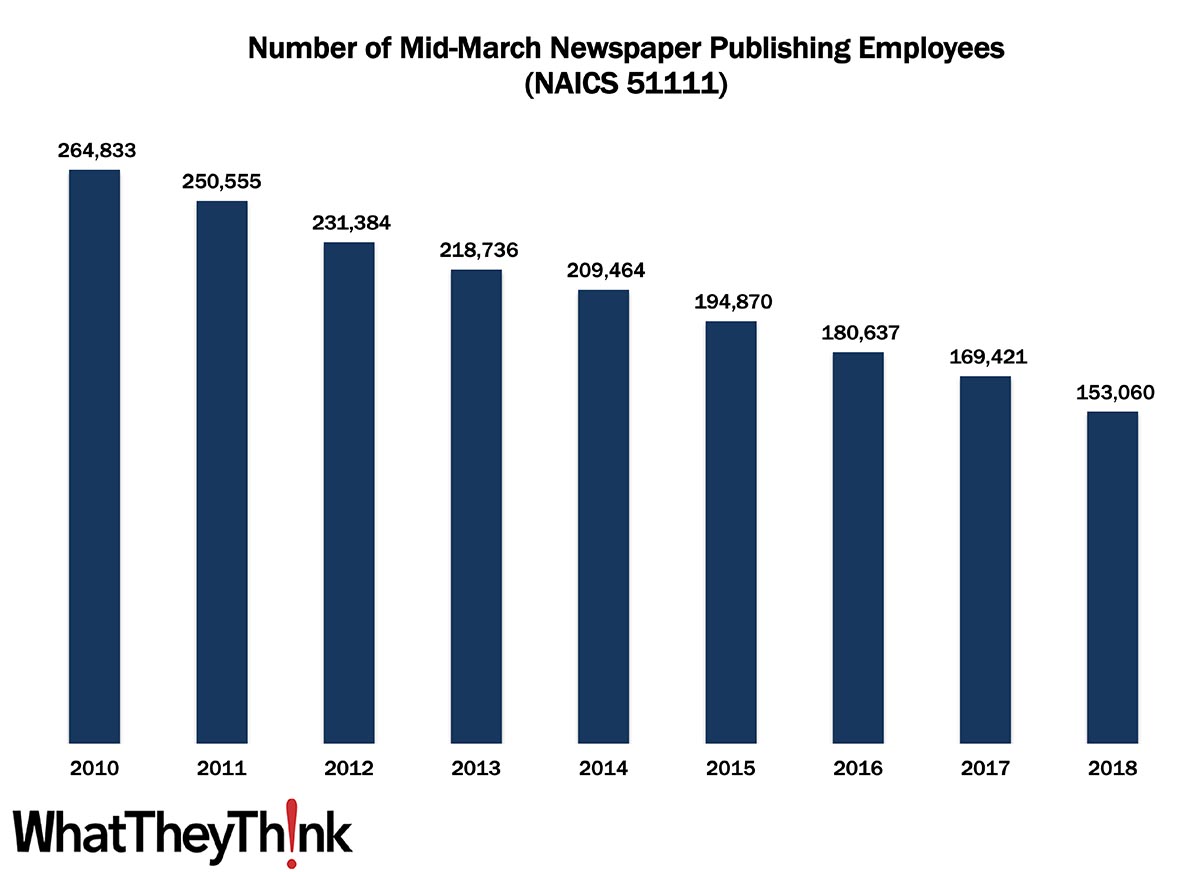 In 2010, there were 264,833 employees in U.S. newspaper publishing establishments, a count which steadily declined over the decade to 153,060 in 2018, which gibes with what we saw with establishments. AS we remarked then, it’s tempting to blame the Internet on the decline of newspaper circulation (and thus newspapers and even more thus newspaper publishers), but that really only hastened a trend that started with the advent of television and the nightly news and then by the advent of 24-hour cable news. At the same time, there has been tremendous consolidation among newspaper publishers, with one company owning many local papers, and even centralizing editorial and production facilities. The hardest hit have been small, local papers, which has serious consequences for local journalism.

In some good news, the Bureau of Economic Analysis released their advance estimate of Q1 GDP and it came in at an annual rate of 6.4%.

The increase in real GDP in the first quarter reflected increases in personal consumption expenditures (PCE), nonresidential fixed investment, federal government spending, residential fixed investment, and state and local government spending that were partly offset by decreases in private inventory investment and exports. Imports, which are a subtraction in the calculation of GDP, increased.

And the increases in PCE were due in part to the American Rescue Plan Act. Admittedly, the 6.4% was below expectations, largely thanks to a decline in private inventories. 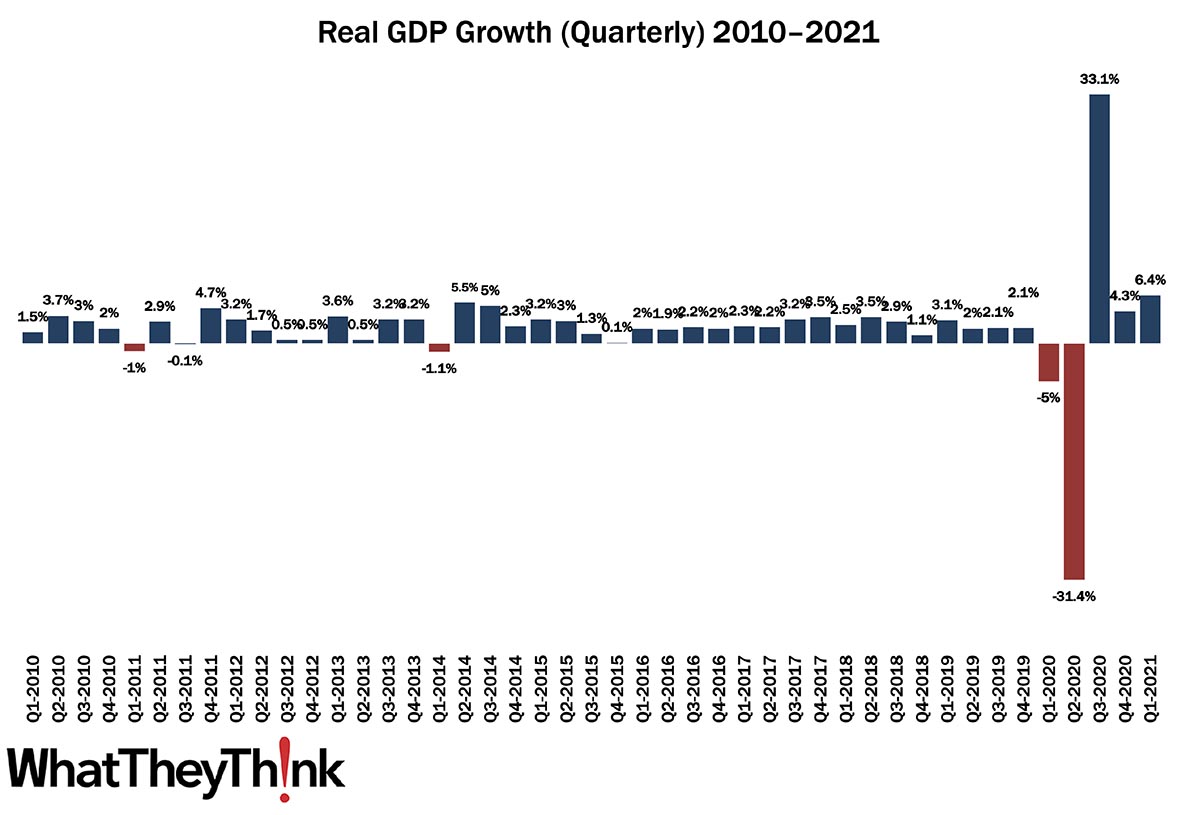 Current-dollar personal income increased $2.40 trillion in the first quarter, or 59.0 percent, compared with a decrease of $351.4 billion, or 6.9 percent, in the fourth quarter.

These numbers will continue to be revised and the second estimate of Q1 GDP will be released on May 27.