In 2019, the production volumes of the printing industry in Turkey remained close to the 2015 output level and moving into 2020 even saw an uptick. As the numbers kept fluctuating strongly, normally they should be analyzed with some form of statistical smoothing, but this would obscure the impact of the COVID-19 pandemic as well, so accordingly the unfiltered data is displayed here.

After the drop, a recovery followed in July and August, which pretty much offset the previous losses. September brought a decline to close to the production levels reached before COVID-19 pandemic. The index stands at just about 100 points—again, the average for 2015. 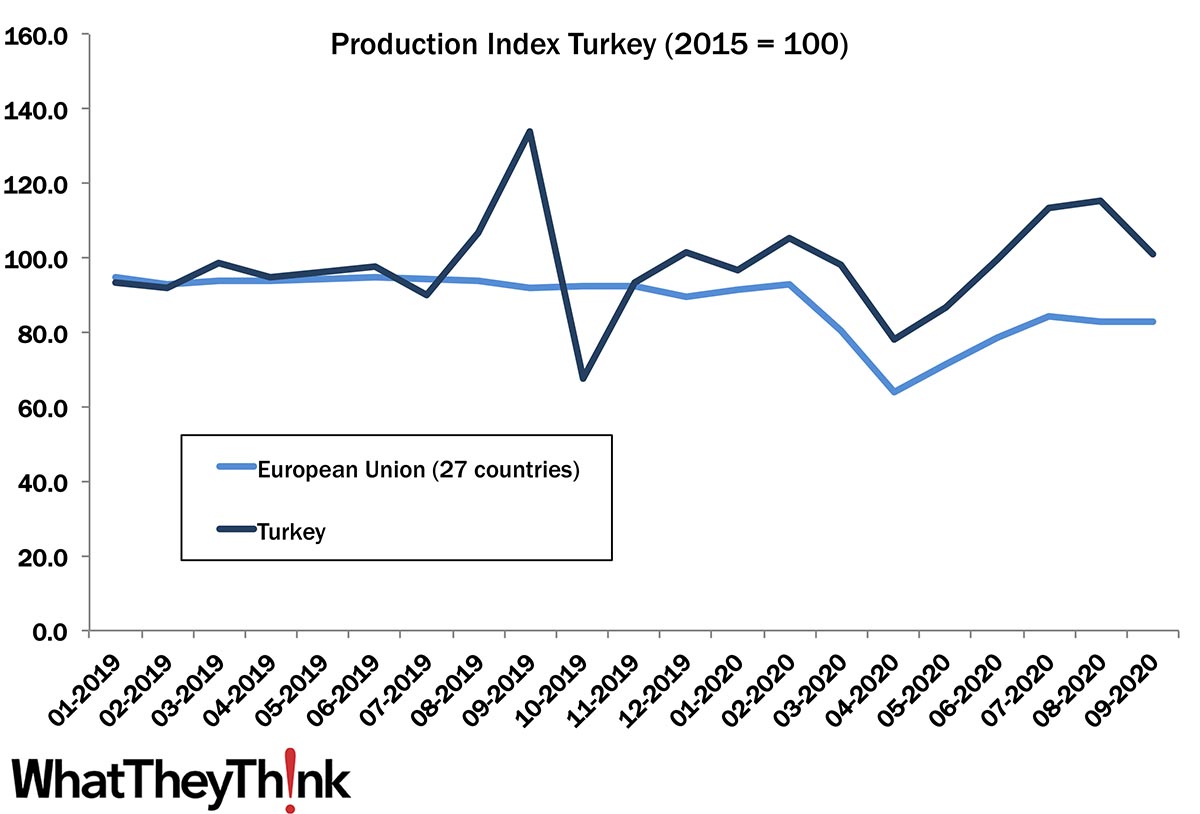 The index data gives a timely reference on how well industry sectors are doing. The indices do not show absolute money values, however. A less timely series gives insight into the production value in million euros on a yearly basis. In the case of Turkey. this series is a bit patchy as Turkey is not a regular contributor to Eurostat for all data series. This is the case of several countries not being part of the EU, but with interests in joining or close economic links (European free trade zone).

The revenue in printing and related services reached almost €2.85 billion in 2014 in Turkey, the last year data is reported in Eurostat. Based on the production value time series, it is possible to estimate the years between 2010 and 2013 and the years following 2014. The jump indicated for 2018 seems too high and has been toned down in the chart below to a production value of about €4 billion for 2018—the best estimate. The strong increase in production value is somewhat at odds with flat production volumes. It indicates a strong rise in revenues, although currency fluctuations could play a role as well.

It seems that COVID-19 will not leave much of a dent in 2020 revenues, according to production volume index. However, it would be good to get Eurostat revenue data for more recent years to confirm the revenue developments. 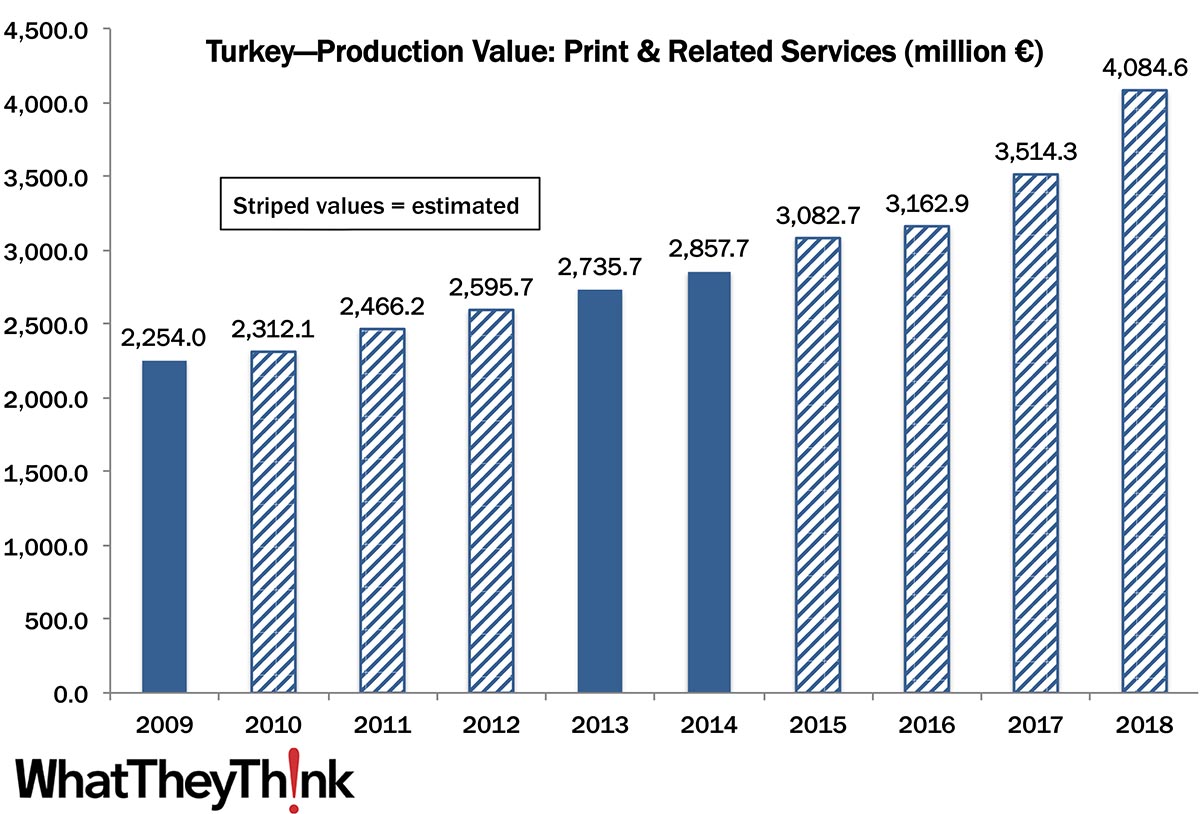 This European data series will continue in 2021 to better judge the impact of COVID-19 on print volumes.