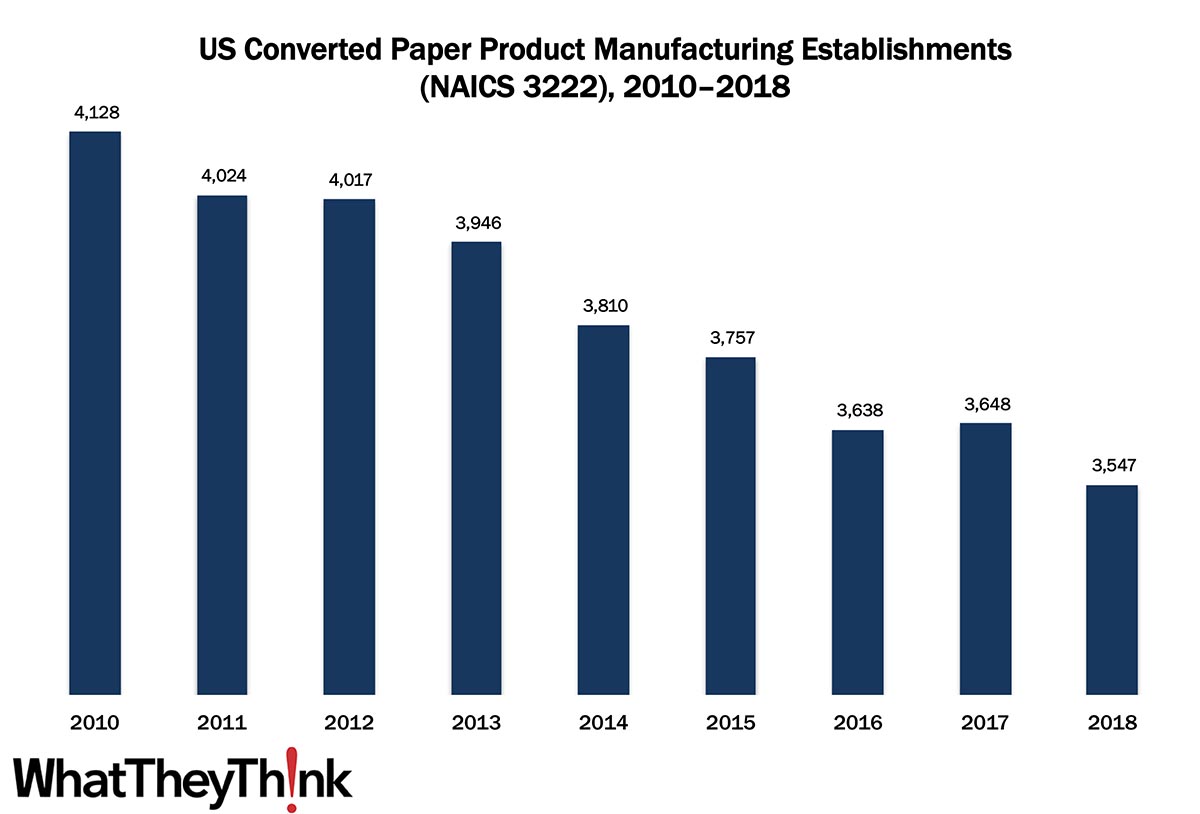 In our ongoing, semi-weekly look at establishment and employee counts of graphic arts businesses, we now turn to packaging/paper converting establishments. In 2010, there were 4,128 establishments in NAICS 3222 (Converted Paper Product Manufacturing), but by 2018, that number had declined to 3,547, although there was a slight increase of 10 establishments in 2017.

This four-digit NAICS comprises a variety of different converted packaging types, and over the next several months, we will be looking at them in turn, including:

Last week, the BLS released the employment report for September and it came in below expectations: “Total nonfarm payroll employment rose by 661,000 in September, and the unemployment rate declined to 7.9 percent.” And while a decrease in the unemployment rate is seemingly good news, it isn’t when it’s for the wrong reason, namely, a decline in the labor participation rate, especially among “prime” (25 to 54 years old) workers. The labor participation rate for 25- to 54-year-old employees declined from 81.4% in August  to 80.9% in September, while the employment-to-population ratio among 25- to 54-year-olds decreased from 75.3% to 75.0%. Unfortunately, women seem to be dropping out of the workforce at a disproportionate rate to men.