March Shipments—Crest of a Wave 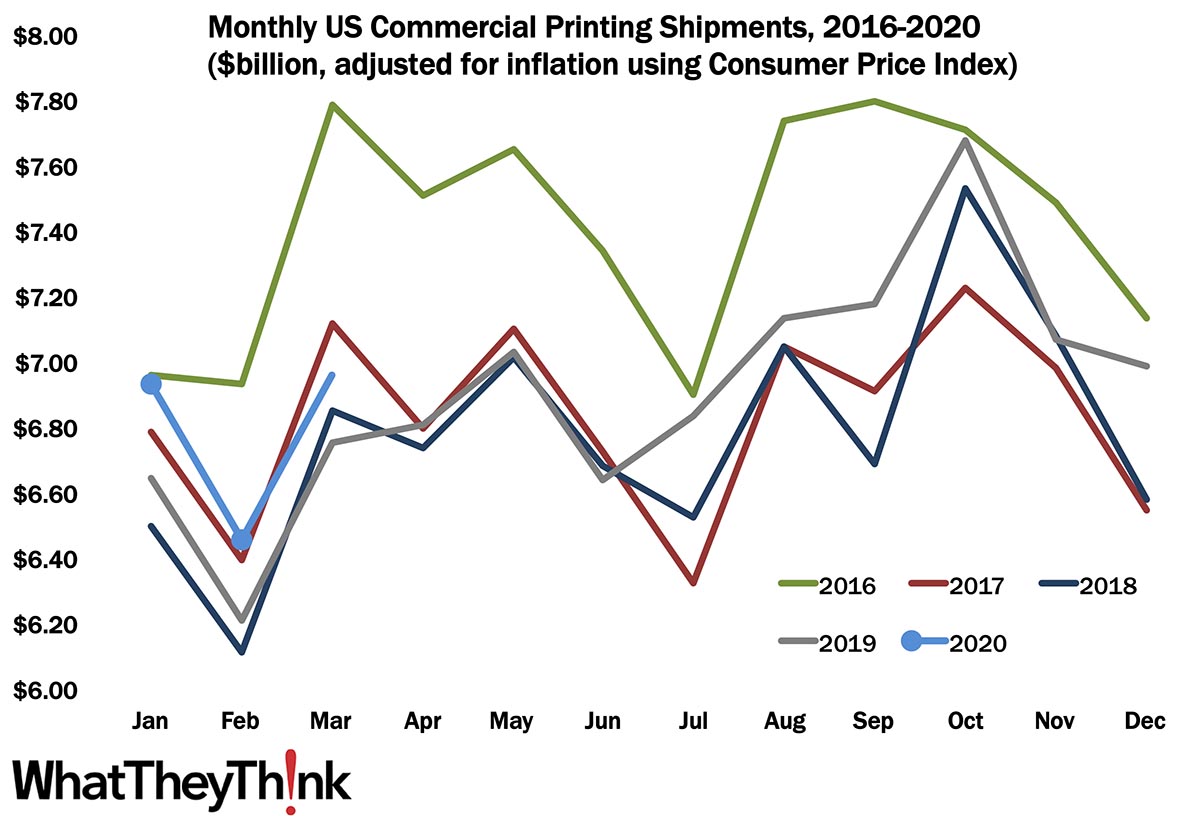 At $6.48 billion, February shipments were down from January’s $6.94 billion, and well above March 2019’s $6.75 billion. We were midway through March when the universe changed, but in keeping with regular seasonality, print businesses had been humming along until the lockdowns were in place, and even if less (much less) new business was coming in, many shops still had work in the pipeline, so for some, there was a little bit of a lag between when the door slammed and cashflow stopped. But then, for a perhaps not unsubstantial number of print businesses, it hasn’t been complete doom and gloom. We recently finished our Top 100 Small Printers survey, and in interviewing the top half-dozen, while revenue was down, they’ve still been busy, and the PPP provision of the CARES Act has helped avert layoffs. As the economy starts to open in late May and early June, some of the ground we lost in April and May may be regained, but we suspect it’s going to be a slowish climb, because the issue isn’t so much with print businesses, it’s with print businesses’ clients. Much has been written on WhatTheyThink about how to adjust—and help customers adjust—to a post-COVID-19 world; see recent articles by Jennifer Matt, Wayne Lynn, Joanne Gore, and Keypoint Intelligence.

In terms of shipments, March has probably seen the crest if a wave, and April and May will be pretty dismal, with June perhaps seeing the stirrings of a recovery—depending on how the reopening goes, and hopefully not triggering a second wave of the outbreak.