Washington, D.C. – The U.S. Government Publishing Office (GPO) has digitized more than 1,300 historical Congressional Hearings dating back to 1958 and made them available on govinfo, GPO’s one-stop site to authentic, published Government information. Through these digitization efforts, the public can access records of Congressional Hearings for free. These include the transcripts from meetings or sessions of a Senate, House, joint, or special committee of Congress, in which elected officials obtained information and opinions on proposed legislation, conducted an investigation, or evaluated the activities of a government department or the implementation of a Federal law.

This project is part of a multi-year effort to digitize a collection of nearly 15,000 Congressional Hearings from Kansas State University Libraries, which serves the Nation as a Federal Depository Library. The digitized documents include many historical sessions. As part of this project, GPO plans to digitize nearly six million pages, of which approximately 230,000 pages have been completed.

Some interesting information the public can expect to find in the Congressional Hearings includes:

“This project is another example of how GPO is embracing digital technology to provide the public easy access to Congressional documents,” said GPO Acting Deputy Director John Crawford. “GPO is proud to have brought these important moments in our Nation’s history to people on their smartphones, tablets, laptops, and personal computers.”

This is one of a series of recent projects in which GPO has worked to expand free public access to Congressional information in digital formats. Previously the agency digitized the Congressional Record back to 1873, the Federal Register back to 1936, and the Public Papers of the Presidents back to 1929. In collaboration with the Law Library of Congress, GPO has begun a large multi-year effort to digitize and make accessible volumes of the U.S. Congressional Serial Set back to the first volume, which was published in 1817.

The Congressional Hearings are available on govinfo at https://www.govinfo.gov/app/collection/CHRG. 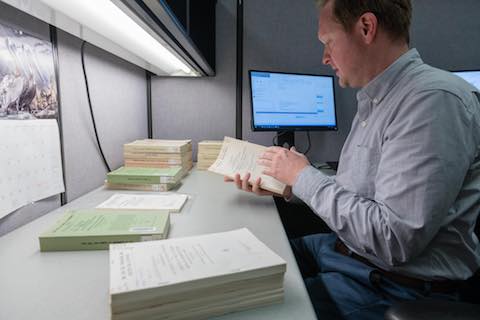