Attendees had the opportunity to be the first globally to witness new innovations from the OEM company. Live demonstrations were conducted daily on the brand new Evolution Series and Digital Pro 3 with semi-rotary, as well as the single source hybrid press, Digital Series HD.

Evolution Series, an entry-level full servo flexo press, debuted to captivated crowds interested in learning more about its capabilities and scalable options. Demonstrations of the press were well-attended during the four-day event, with a highlight being the minimal waste challenge wagered during the changeover. 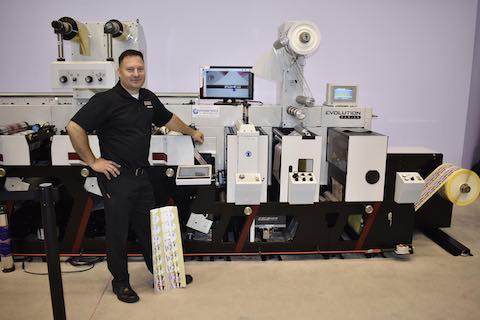 Two models of the Digital Pro line made their global debut at Labelexpo. On Mark Andy’s traditional stand was Digital Pro 3 with semi rotary diecutting. The upgradeable roll-to-roll model, Digital Pro 1, was represented on their second booth in the Digital Hall.