The new machine has been commissioned at company’s existing facility at Karjan, near Vadodara, India which already houses BOPP lines, extrusion coating & chemical coating lines and a metalizer .The installed machine is a Nordmeccanica product which is 1.8 meter wide and can run upto 450m/min speed. The machine can produce multilayer film laminates in any thickness and go as thick as 450 microns. The laminate could be a combination of different materials such as PP, PET, PE, Nylon, Aluminium foil or Paper. A dedicated sheet cutter of the same width has also been installed next to the machine to process its output.

Speaking on the development Mr. Pankaj Poddar, CEO Cosmo Films said, “Solvent less lamination machine is the latest addition to our R&D portfolio; also available for our customers having thick lamination needs. Moreover, solvent less lamination being an eco-friendly process with no emissions and low energy demands would also help us with our sustainability goals.” 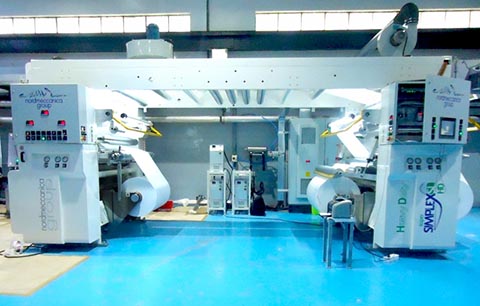