Ottawa, Canada – Released just two months ago, the new tilia Griffin Pro App has already scooped a major industry award for its developer, Tilia Labs. The company, a leading developer of planning, imposition, and automation software solutions for the graphic arts industries, received the award on May 16th during the Fespa 2018 show in Berlin.

Tilia Labs’ award was received in the category of “workflow technology” and recognizes its easy-access solution for improving production efficiency and costs. The Technical Committee commented: “Most print providers would benefit from fast, intelligent imposition but they often don’t know the capabilities exist. Many wide format printers are still relying on the proprietary software that came bundled with their machines. Now they get access to automatic layout capabilities to produce faster and more efficient nesting, tiling, and ganged jobs to maximize substrate usage.”

Based on its tilia Griffin desktop application for wide-format planning and imposition, the Griffin Pro App was developed by Tilia Labs specifically for the Enfocus Switch platform, which is used by thousands of professionals across the graphic arts industry worldwide. It was released in March this year, for both Mac and PC, as a fully self-contained Switch app.

To re-configure Griffin’s feature-rich content into the Switch app, while also maintaining its hallmark simplicity, Tilia Labs designed the app with a ‘Basic’ mode and an ‘Advanced’ mode. This approach provides users with a quick and easy way to get started while offering the ability to scale up as more capabilities are required.

“Every feature in the app can be driven with variables and script expressions, making it highly dynamic and enabling users to handle a wide range of work with more simplified, adaptive Switch flows,” explains Sagen de Jonge, CEO of Tilia Labs.

According to de Jonge, the provenance of the EDP award gives it extra significance for Tilia Labs. “As an award conferred by the European digital printing trade press, this means a great deal to us,” he comments. “These impartial industry experts probably have the broadest awareness of the full range of new digital technologies flooding into the market from all over the world. That they selected Griffin Pro out of all these innovations confirms we’re offering a truly unique and groundbreaking capability for large format printers.”

Tilia Labs describes Griffin as a powerful cross-platform, automatic layout solution for wide format printers, designed from the outset for simplicity. At its core is Tilia Labs’ flagship Phoenix nesting engine which provides the ability to search across millions of combinations in minutes to find the most cost-effective, tightly-nested layouts. tilia Griffin is vendor neutral and designed to provide the same efficiencies with virtually all printing machines and cutting tables.

The Enfocus Appstore is the marketplace for the global Switch user community comprising Switch specialists, including users, integrators, channel partners, App creators and solution partners. It has been continuously updated since its launch in 2016 to address new developments, knowledge and experience and currently has it has over 50 apps, a large proportion of which have been added in the last 12 months. To see the wide range of apps available from the Enfocus Appstore, go to www.enfocus.com/en/appstore/overview. 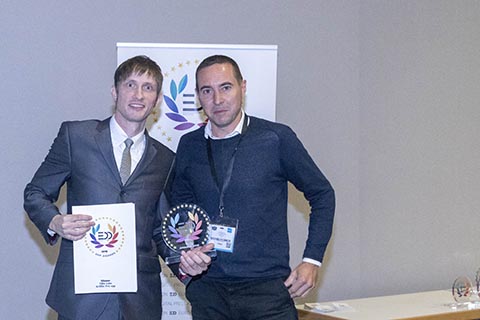