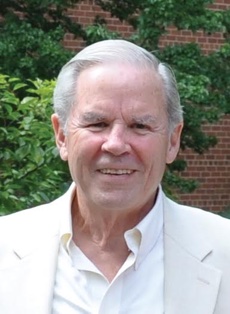 “Bill was admired by all who knew him for his genuine kindness, and his name is synonymous with trust and respect,” said Alliance Franchise Brands CEO Mike Marcantonio. “Our organization owes so much to Bill, and I will always be grateful for his mentorship and friendship.”

Of McIntyre’s numerous professional accomplishments, he is credited with guiding the franchise through Chapter 11 bankruptcy proceedings in 1992 as company president. He became the organization’s CEO upon emerging from Chapter 11 in less than 15 months. McIntyre quickly redirected the resources of the company to help franchise members increase sales, improve profitability and implement the new technologies.

McIntyre was named the company’s chairman emeritus when he retired in 2011 to spend time with his wife of 54 years, Susan, their children and grandchildren.

He was named Alumnus of the Year by St. Mary Catholic Central and was a recipient of the Minute Man Award given by former Governor William Milliken. He served on the Michigan Historical Committee and on the Board of Directors and the Executive Committee for the State of Michigan Chamber of Commerce.

Online condolences, and special memories, may be shared with the family by visiting the obituary page at www.bacarellafuneralhome.com.