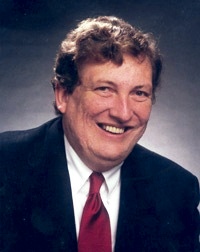 It is our sad duty to report that Charlie Corr has died after a long illness. The industry has lost one of its greatest intellects. He will be sorely missed.

At the time of his death, Charlie was the Group Director for InfoTrends Enterprise Document Strategy Services, a role he had taken on in May of 2013 after nearly six years at Mimeo.com as Vice President of Corporate Strategy.

Charlie’s long association with InfoTrends began in April of 1998 when he joined then CAP Ventures as a Senior Consultant. Charlie rose rapidly through the organization, becoming Group Director in charge of InfoTrends’ Production activities. Charlie came to InfoTrends/CAP Ventures from Harvard University where he was the Associate Director of Operations for Harvard’s Printing & Publication Services. During his time at Harvard Charlie also taught print, paper, and related courses at Northeastern University.

Charlie received a Bachelor of Arts in Political Science & Economics from University of Rhode Island in 1975 and did doctoral work at the Claremont Graduate School and University of Massachusetts, Amherst.

Charlie’s legacy is as far-reaching as the many friends and colleagues he influenced during his long career. An opinionated and thoughtful man, he was a master at supporting his contentions with research and market knowledge. Those who knew him will never forget his hearty laugh and his joie de vivre. May he rest in peace.

EDSF has established the Charlie Corr Memorial Scholarship in his memory. I know he would have loved that, both because he truly appreciated the value of an education and was a big supporter of EDSF. Please consider donating in his memory (www.edsf.org/charliecorr).

I had the pleasure of working with and getting to know Charlie as both a colleague and a friend, beginning when we worked together at InfoTrends (formerly CAP Ventures) in the 1990s, but his reputation had preceded him.

Charlie always joked that he took longer than anyone else to graduate from Harvard, referring to the 13 years he spent running the printing operations at the University. In that role, he was one of the first beta sites for the Xerox DocuTech, immediately grasping the applicability of the technology to the University’s print business, especially, in those days, as it pertained to coursepacks and HBS case studies.

He continued to be a thought leader and innovator over the years, always a step ahead of the rest of us in his strategic thinking. He made many friends among colleagues and clients alike, and made a huge difference in the lives and businesses of all of those he touched.

EDSF has established the Charlie Corr Memorial Scholarship in his memory. I know he would have loved that, both because he truly appreciated the value of an education and was a big supporter of EDSF. Please consider donating in his memory (www.edsf.org/charliecorr).

Rest in peace, dear Charlie. We already miss you terribly.

EDSF scholarship ... that is a perfect.

I'll echo Cary's thoughtful words. Working with Charlie whether he was an analyst or when he was a customer was never a dull moment - he was truly data-driven. Enjoying his stories and pearls of wisdom in the "after hours" was always something to look forward to.

RIP to a good, smart, and genuine soul.

Charlie was such a great friend to WhatTheyThink and to me personally. Always willing to share his thoughts and ideas and to give feedback to our crazy ones. Such a joy to be around. He'll be missed greatly.

Charlie had a profound impact on so many people. It's clear to see from these comments as well as from additional remembrances that people are posting on the InfoTrends web site (infotrends.com). His legacy will continue in many ways, including the EDSF scholarship in his name. A fitting tribute to his life and work.

He hired me at Infotrends and he was the most amazing mentor. He showed me new ways to look at the industry, and was always open to discussion and debate. He was always an educator and thought leader. What a perfect long-lasting tribute, an EDSF Scholarship.

Charlie was among the first people to reach out to us when WhatTheyThink started. Even as he went to Mimeo he counseled us. Periodically, he would get an idea - a new concept or approach and he would call and ask if he could submit an article or pitch it to WTT editors. There was no one I met that had a more educated view of the industry. Rest in peace Charlie.

I too would like to pay tribute to Charlie, who was part of the CAP team when BIS were co-operating on marketing research in Europe and North America a long time ago! A kind and sincere man and one of the stalwarts when we were all starting to open up the worldwide printing industry to business opportunity exploration. May he rest in peace.

Our industry has lost a brilliant SME that had a knack for combining research with fun. I've known Charlie since CAP ventures and he had a huge impact on my career, making it appear to others in the industry that I am much smarter than I really am.

I am also a Professor these days and I try to emulate Charlie's style wherever I can. Charlie was a wonderful educator and our industry was his classroom. Just a great guy, a unique character and a force that left the industry in better shape than when he entered it.

He will be missed.

I am deeply saddened to hear of the passing of Charlie. He was the epitome of a professional. When the Seybold show was popular, Frank Romano and I would present the "on-demand printing day" and we would often invite Charlie to discuss market research. And after the first time, Charlie knew that we would love to debate the methodology and projections. But despite our best attempts to rattle him, Charlie always remained calm and objective in his presentations.

As many others have pointed out, he was truly brilliant in his knowledge of what was going on. But what stood out for me more than simple knowledge of market research was his insight into why these trends were occurring and how they would change over time. Even more impressive was his communication style which always came across as honest and sincere.

He had this way about him when he spoke that made you always feel he was speaking from his heart as much as his mind. I enjoyed working with him in each of his different positions with CAPV, InfoTrends, and Mimeo and I will miss him.

I didn't really know Charlie, but you know what I remember most about him? That at every conference we shared he was always attentively listening and waiting for an opening to share his vast knowledge to the industry he loved. And that is quite a nice thing to be able to say about someone.

On the few occasions that I had the pleasure of talking with Charlie, I always learned something. This wasn't an accident - he consistently went out of his way to find out what I was working on, what challenges I was facing, and then suggested ideas or people that might help - sometimes many days after our conversation.