Stevens Point, Wis. – Worzalla, an employee-owned company specializing in printing high-quality children’s books, movie tie-in books, and coffee table books, has announced the completion of its modernization and expansion plan. In October 2019, Worzalla had declared it would be investing $12.5 million in new machinery and capital improvements to the company’s headquarters in Stevens Point, Wisconsin.

“In Worzalla’s long history, we have always adapted and evolved to be leaders in our industry and deliver for our customers,” said Jim Fetherston, President and CEO at Worzalla. “We’re proud to celebrate this milestone and the completion of the modernization and expansion plan as we look ahead to the next 125 years.”

Worzalla honored the occasion with a virtual ribbon-cutting ceremony featuring partners and customers from across the book printing industry.

“I congratulate the entire Worzalla staff on the expansion of the plant. I look forward to printing very many fast books with you,” said Susan Lynch of Melcher Media.

“To our friends at Worzalla, we want to say congratulations on your expansion, and we look forward to working with you in the future,” said Tracey Menzies of Harper Collins.

Worzalla’s modernization plan consisted of three key components. The first was the addition of 50,000 square feet to Worzalla’s manufacturing headquarters, an increase of 20%. The new space houses work-in-process, along with paper storage and additional bindery equipment. The other two components of the manufacturing plan included the addition of a new Heidelberg 106 press and a Kolbus perfect binder. Earlier this Spring, Worzalla ran the Name That Press competition to name the new Heidelberg 106 press, which was named “The Polar Ex-Press” by Teresa Jessee’s first grade class at Washington Elementary in Stevens Point after a round of public voting.

Worzalla currently prints titles from some of the country’s largest book publishers, including Disney Books, Abrams, Simon and Schuster, Hachette, Penguin Random House, HarperCollins, and others. Worzalla is best known for being the domestic manufacturer of the popular Diary of a Wimpy Kid series.

“We’re pleased to have ‘The Polar Ex-Press’ up and running and printing all sorts of popular children’s books, cookbooks, and more,” added Fetherston. “Thanks to our modernization plan partners, our associates, and the community for supporting us in our efforts to best prepare our company for the future.”

Due to quicker make-readies, enhanced efficiency, and increased reliability, Worzalla expects to achieve at least a 30% increase in production levels. Worzalla is also adding 50 new positions touching all aspects of the book manufacturing process. Worzalla currently has several open positions including for the roles of Shift Supervisor, Skilled Bindery Operations, Lead Web/Sheet Fed Press Operators, and entry-level positions. Those interested in learning about a career at Worzalla can visit Worzalla.com. 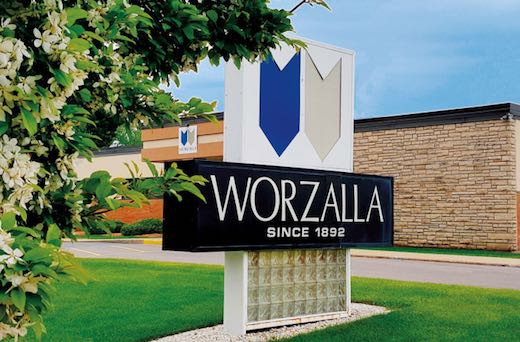