February 2019 Printing Shipments: Starting the Year Off on the Right Foot 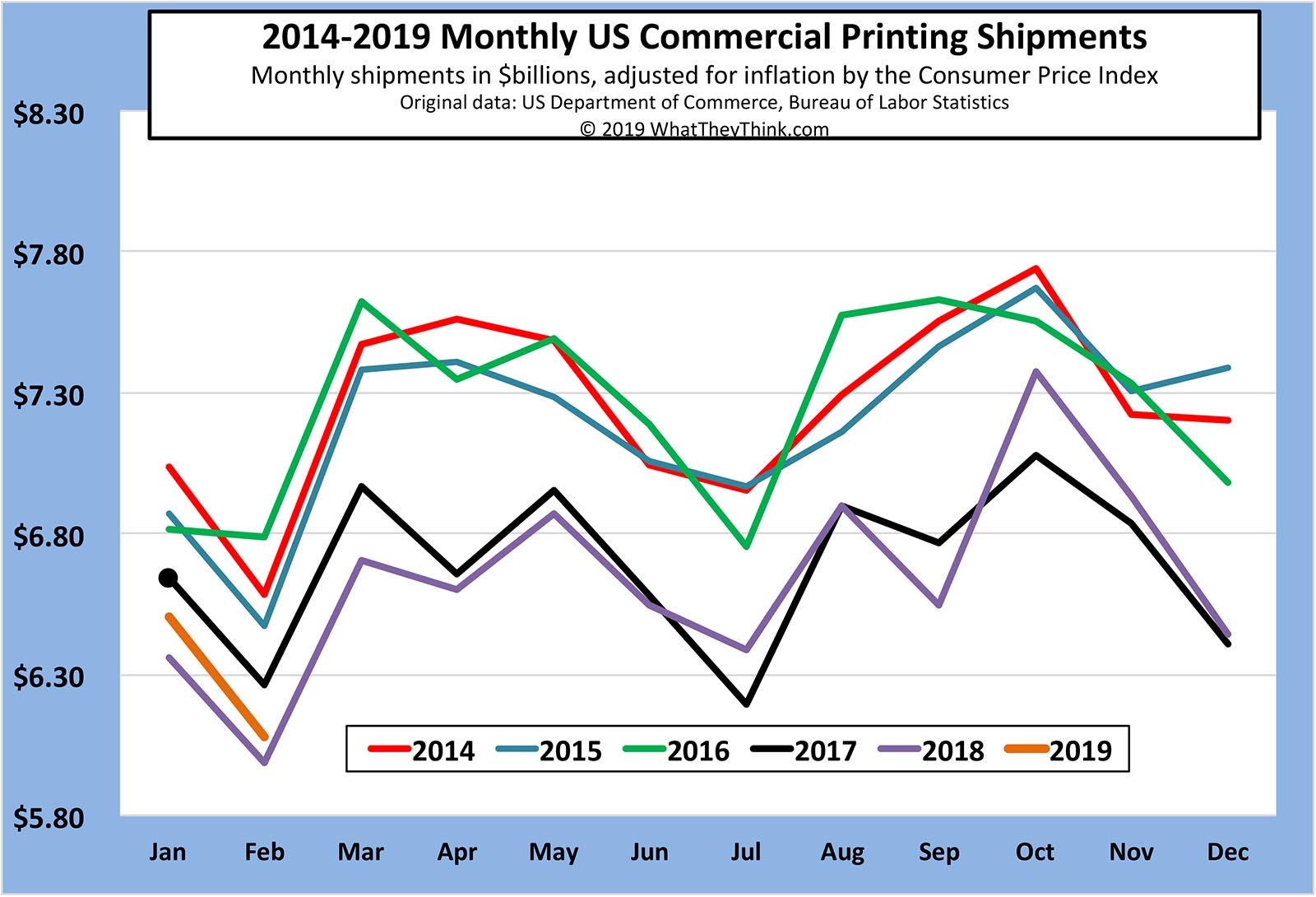 It may not look particularly encouraging, but in a way it is.

In our Printing Outlook 2019 special report, in which we—among many other things—review 2018 from a printing shipments perspective, we remark that the industry seems to have turned a corner. 2018 had started out fairly slowly, but eventually kept pace with—and in some months even exceeded—2017 shipments. That may seem like a pretty low bar to clear, but it’s been a while since we had a year in which shipments exceeded those of the previous year.

So, we’re expecting shipments to rise in March—and while exceeding 2017’s $6.97 billion may be a bit too much to ask for, we can at least anticipate March 2019 shipments coming in at least above $6.71 billion. Care to lay odds? (We’ll be in Vegas at ISA next week and even if betting on industry shipments data doesn’t contravene some kind of ethics rules, it’s probably not a good idea regardless.)