A new history of writing exhibition. Towels that tell you when to wash them. Why the Red Cross loves Dave Brubeck’s “Take Five.” Send a physical letter...by email. Making ink from oak galls. All that and more in WhatTheyThink’s weekly miscellany.

By WhatTheyThink Staff Published: May 3, 2019

The History of Writing in 12 Objects

If you find yourself in London, you’ll want to check out the British Library’s new exhibition Writing: Making Your Mark, a history of writing from Mesopotamian clay tablets all the way up to, well, today’s computer tablets. Check out 12 highlights of the show over at the BBC. Our own highlight: the Diamond Sutra, the oldest known printed book, found in a cave in China and dating from AD 868. 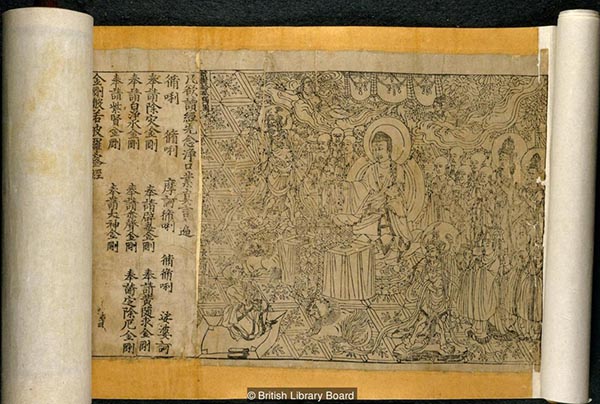 68% of People Agree with This

Word of the day: QUANTOPHRENIA - the undue reliance on statistics to prove a point.

As per Douglas Adams, “There’s a real frood who knows where his towel is.” But how often do you wash your towels? How do you even know when they need washing? Washing items too often causes wear, uses water unnecessarily, and has other environmental impacts. Not washing them enough...well, that could cause all kinds of things, few of them pleasant. Mizu towels solve that by telling you when they need washing via color-changing strips. Perfect for hitchhiking across the galaxy.

This guy can’t carry a wallet like a normal person?

Some weeks back, we mentioned a high school in New Jersey that had staged a production of Alien. Well, it turns out that the movie’s star—Sigourney Weaver—got wind of it and attended a performance. Says Gizmodo:

Weaver also met the students, and spoke to the audience, reportedly saying, “How exciting is it to be here tonight? I’ve only been here a couple of hours, but I can tell this is a very special place in a very special town, and in a school like this you have extraordinary teachers…I met the students and I want to say they are so great.

The Dave Brubeck Quartet’s “Take Five” is perhaps one of the most recognizable pieces of music period, let alone of jazz (it’s the biggest selling jazz single of all time). There is perhaps a good reason why it has been licensed by so many TV shows, movies, commercials, and so on. We discovered this week, via an excellent weekly podcast devoted to the TV show The West Wing(cleverly called The West Wing Weekly), that Paul Desmond, the composer of “Take Five,” in his will directed royalties from “Take Five” to be donated to the American Red Cross. “Desmond’s contributions to the Red Cross, largely by way of ‘Take Five’s” royalties, are now ‘well north of six million dollars.’” Pretty neat.

Mail A Letter makes it easy for you to write real letters online. You provide the letter and a mailing address and we do the rest! By the next business day, we will print your letter, address the envelope, affix postage, and post your letter.

Kelly Fernandez, head gardener of the Herb and Shakespeare gardens at The Huntington, and her team of docent volunteers are always on the lookout for plant materials that make a good natural dye. They have used the common weed oxalis to dye yarn a bright, neon yellow. They have made dark red dyes from madder root and vivid blues from indigo.

Recently, they became interested in making iron gall ink, the dark, indelible ink made from oak galls and used for centuries to create manuscripts, including many of those in The Huntington’s library collections. “We started looking into gall ink and just got really fascinated with it,” Fernandez said. “The more we dug in, the more we found.”

In 2011 a 75-year-old woman accidentally broke a fibre optic cable with a spade and cut off Armenia's internet.

1952: The world’s first ever jet airliner, the De Havilland Comet 1 makes its maiden flight, from London to Johannesburg. (Certain airlines are still using it...)

1972: The Don't Make A Wave Committee, a fledgling environmental organization founded in Canada in 1971, officially changes its name to “Greenpeace Foundation.”

And still using OpenOffice today, but as the LibreOffice branch that split off a few years ago. I was actually using it before it became OpenOffice. It was StarOffice, a European office suite that was purchased by Sun Microsystems. Sun was paying so much in licenses for office software that they figured they might as well buy a software company. Then they turned it into an open source project, and the rest is obscurity (not history). It's amazing how the open source development has changed so much and so many projects have gone by the wayside in favor of cloud-based software and apps. Desktop Linux has disappeared in a sense because of browser-based OS-agnostic applications.

And you forgot to mention that May 4 is Star Wars Day. Don't do that again.